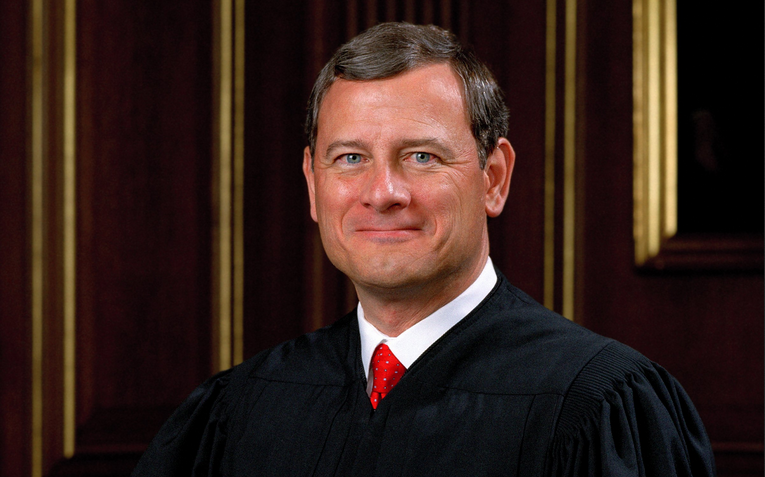 When it comes to the Supreme Court, observers look for the smallest indication on how the high court may rule. Whether it’s questions asked during oral arguments or the law clerks they hire to research cases, people search for even the tiniest clues as to how the Supreme Court may rule on a major case.

And one indication about how the nation’s highest court may rule on the Dobbs case and abortion comes from the division of labor — which justices are chosen by Chief Justice John Roberts to write which majority opinions.

It may be nothing. It may mea n everything. But some observers are saying that the authorship of opinions so far this term mean Roberts may not be writing the Dobbs opinion. And if he’s not writing the opinion, then it appears a more conservative justice is — which potentially means a justice writing for a 5-4 majority (or possibly 6-3 at best) that would vote to overturn Roe and finally allow states to protect babies from abortion.

On Thursday, the Supreme Court issued a 6-3 decision in Cummings v. Premier Rehab Keller, ruling that “emotional distress damages are not recoverable in a private action to enforce either the Rehabilitation Act of 1973 or the Affordable Care Act.”

The case is completely unrelated to abortion. But what is interesting, however, is who wrote the majority opinion: Roberts. This matters because the court heard oral arguments for nine cases in December; thus each justice was most likely assigned to write the opinion of one case. Therefore, if Roberts wrote the opinion in this case, it suggests he is not writing the opinion for Dobbs v. Jackson Women’s Health Organization.

“Roberts’ authorship of this opinion suggests (but does not guarantee) that he is NOT writing the abortion decision. Otherwise, he would have two majority opinions from the December sitting and some other justice would have none,” observed Bloomberg News Supreme Court reporter Greg Stohr.

Michigan Law School assistant professor Leah Litman pointed out the significance of this: Because Roberts supports narrowing abortion access but not overturning Roe v. Wade completely, the fact that he may not have been assigned the Dobbs opinion hints that a consequential ruling is forthcoming, probably a rolling back of abortion rights.

Stohr, however, cautioned against rushing to assumptions, because Justice Neil Gorsuch authored two opinions for cases the court heard in November. Still, the distribution of opinion-writing is normally balanced.

When it comes to Supreme Court opinions, especially of this magnitude, there is plenty of scuttlebutt.

The Wall Street Journal published a strong editorial Tuesday urging the U.S. Supreme Court to overturn Roe v. Wade and allow voters to protect unborn babies’ lives again. In that editorial, WSJ wondered if Roberts wasn’t trying to peel away one of the conservative justices to deny a majority to the group that would favor overturning Roe.

The newspaper editors said the court has an excellent opportunity through the Mississippi case Dobbs v. Jackson Women’s Health to correct its 1973 abortion ruling and restore the contentious issue to the people.

“This is the moment for the Justices to turn the issue over to the voters,” the editors wrote.

If [Roberts] pulls another Justice to his side, he could write the plurality opinion that controls in a 6-3 decision. If he can’t, then Justice [Clarence] Thomas would assign the opinion and the vote could be 5-4. Our guess is that Justice [Samuel] Alito would then get the assignment.

The Justices first declare their votes on a case during their private conference after oral argument, but they can change their mind. That’s what the Chief did in the ObamaCare case in 2012, much to the dismay of the other conservatives. He may be trying to turn another Justice now.

Potentially, a Roberts ruling could allow states to ban or restrict abortions after 15 weeks but still force states to allow the unrestricted killing of unborn babies in abortions before that point. In contrast, many believe Thomas or Alito would completely overturn Roe.

“We hope [Roberts] doesn’t succeed—for the good of the Court and the country,” the Wall Street Journal editors wrote. “The Chief’s middle ground might be explainable with some legal dexterity, but it would prolong the Court’s abortion agony.”