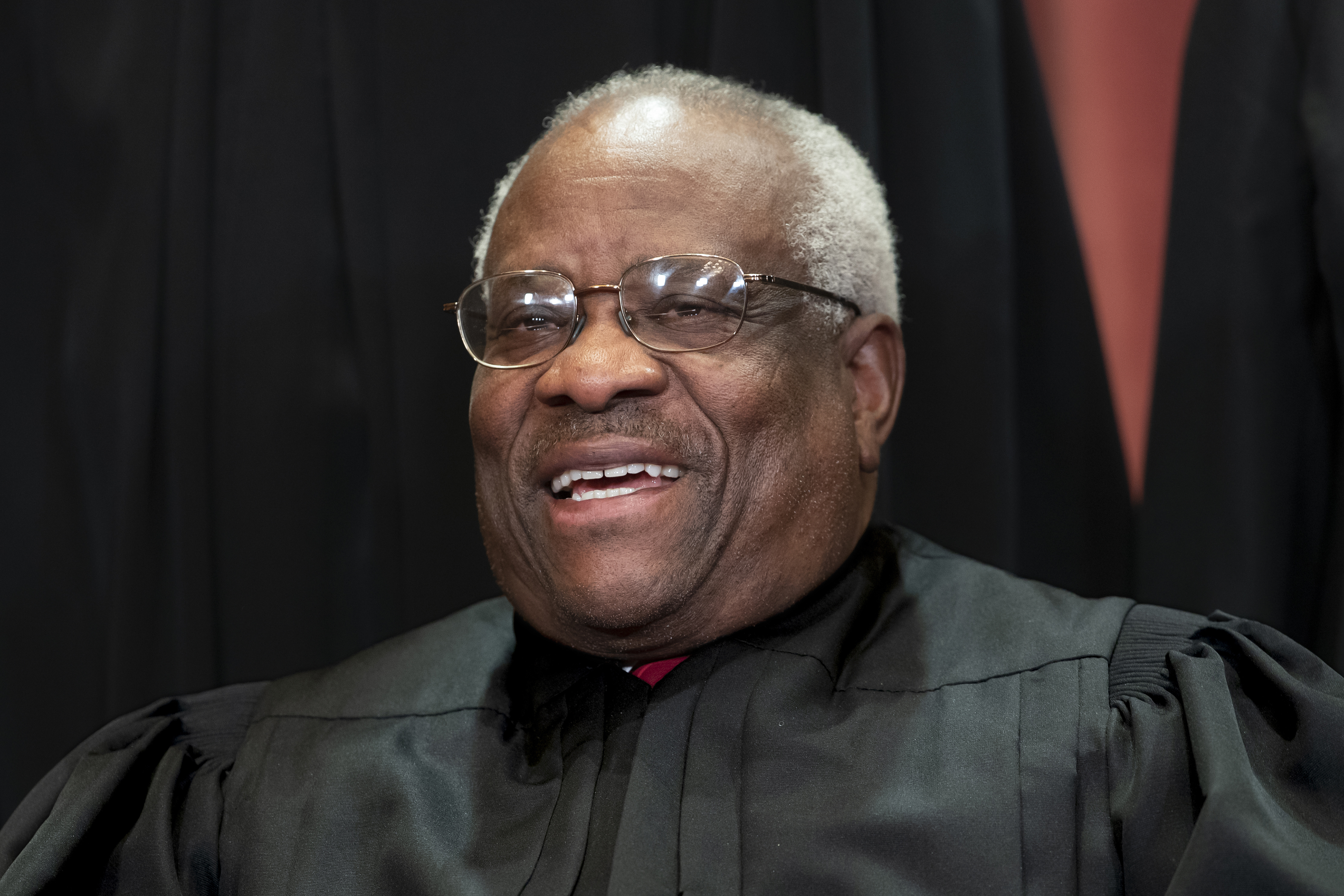 Why now? That’s the question people ought to be asking about the sudden calls for Justice Clarence Thomas to resign or be impeached from the Supreme Court. The campaign against the longest-serving justice was sparked by the leaks of the text conversations of his wife, Ginni, with senior aides in the Trump White House. Despite the fact that Thomas is not his wife, and that every person is entitled to their own views, a coalition of activists and elected officials are nonetheless trying to push him off the highest bench in the land.

This isn’t about text messages. It’s about timing. Thomas is set to play a leading role in the forthcoming Dobbs v. Jackson Women’s Health Organization decision, which could very well overturn Roe v. Wade. Abortion’s defenders are desperately trying to protect this barbaric practice, and since they think they won’t win with Supreme Court’s current makeup, they’re now trying to get rid of a sitting justice. It’s a brazen attempt to force their will on the people, and it’s as unjustifiable as it is extreme.

You don’t have to wonder why the abortion crowd is stooping to such distasteful levels. When they look at the Supreme Court, they see at least five justices who seem likely to vote to overturn Roe v. Wade. Thomas, Samuel Alito, Neil Gorsuch, Brett Kavanaugh, Amy Coney Barrett — they’re all originalists who believe in interpreting the Constitution as written, which leaves no room for the so-called right to abortion. A sixth justice, Chief Justice John Roberts, could go either way. But he has a history of going against originalism when the Supreme Court is closely divided.

That’s exactly what abortion activists are hoping to make happen.

With Thomas on the bench, the Dobbs decision could easily come down as either 6-3 or 5-4. In the former instance, Roberts will be in the majority that reverses Roe v. Wade. In the latter, he’ll be in the minority, with the same outcome — no more Roe. But if Thomas either resigns or gets impeached, the future of abortion looks a lot more secure, with Roberts more likely to go for a split vote.

That’s exactly what abortion’s defenders want. A 4-4 vote would uphold the U.S. Court of Appeals for the 5th Circuit’s earlier ruling in Dobbs, which struck down the Mississippi abortion restrictions at the core of the case. Roe v. Wade would still stand — and with it, the evil of abortion. The best chance in generations to restore the right to life would slip away, and not just in the short term.

In the long run, the situation for the unborn would be even more grim. With Thomas gone, President Joe Biden would name his replacement, and you can bet that person would be a sure vote for abortion. If that happened, it might be decades before the Supreme Court has another chance to overturn Roe, if it ever comes again.

Fortunately, Thomas shows no signs of giving into this ideological pressure campaign and resigning. He’s faced worse before. Nor does the Senate seem likely to impeach him in the run-up to the Dobbs decision, even though pro-abortion Democrats have a one-vote majority. The calls to get rid of the Supreme Court’s longest-serving member will no doubt continue, but they will surely remain words and not become actions.

Yet the whole situation is still deeply concerning. It shows the lengths to which abortion’s defenders are willing to go to maintain the destruction of unborn life and continue damaging pregnant mothers. The campaign against Thomas is happening right now for a reason. And as the Dobbs decision comes closer, the attempts to keep abortion will only grow worse.

LifeNews Note: Tim Busch is founder of the Busch Firm, a law firm in Irvine, California, and the founder of the Napa Institute, a Catholic organization. This column originally appeared in the Washington Examiner.