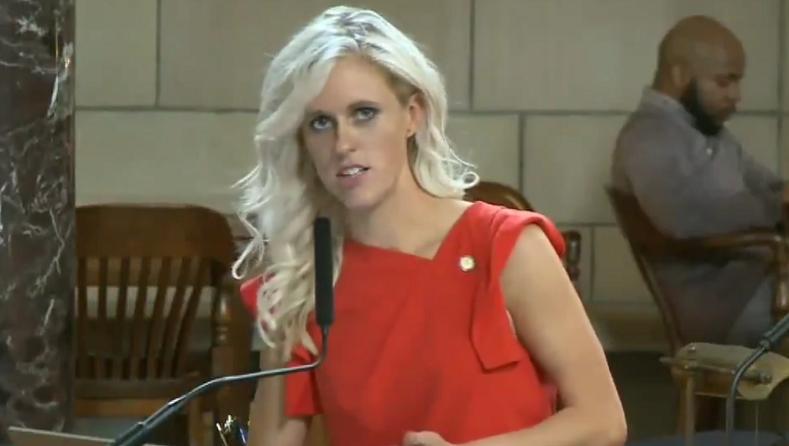 She also is proudly pro-life.

Despite being the target of threats and online harassment for her pro-life views, the Sterling Republican continues to boldly advocate for the rights of unborn babies in Nebraska.

Slama gave a passionate speech Wednesday on the Senate floor, urging the state legislature to recognize that every human life deserves to be protected.

“In 2022, Heaven have mercy on us if we know the science decisively proves life begins at conception and we fail to take action,” she said.

Slama criticized other female lawmakers for bringing up their gender as a reason to support the killing of unborn babies in abortions.

“If the opposition is going to bury themselves in obscurities and identity politics, I’ll hop in. As the only young woman under the age of 35 in this legislature, I’m proud to stand in support of women, both born and preborn,” she continued.

However, Democrats narrowly defeated the bill Wednesday after Republicans fell two votes short of the two-thirds majority needed to end a filibuster.

Speaking prior to the vote, Slama mourned for the 63 million unborn babies who have been aborted in the U.S. since 1973. She said many in her generation are pro-life because they realize how many of their peers and siblings have been lost to abortion.

“That’s an entire generation. We can’t get those lives back or even the tens of thousands of lives we’ve lost to abortion here in Nebraska,” she said. “My generation, which has suffered the greatest losses from abortion, is the pro-life generation.”

She also quashed Democrats’ claims that banning abortions will not stop abortions, saying: “Murder has existed forever. So has rape. If you’re following the argument that it’s existed forever so we shouldn’t bother, the logical conclusion is that we should just legalize everything. You see the flaw in that logic? I do, too.”

Despite the setback Wednesday, Slama said she will not be silenced.

“I’m 25 and the youngest woman in our Nebraska Legislature by a decade,” she wrote on Twitter after the vote. “More importantly, I’m Pro-Life. The abortion lobby has tried continuously to silence me. Their threats won’t bring me down, and I’ll keep standing strong for women, both born and preborn.”