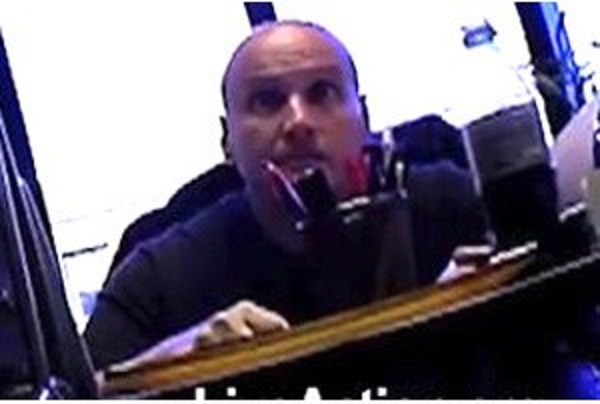 Five aborted babies whose bodies pro-life advocates discovered in March have renewed questions about whether a late-term abortionist in Washington, D.C. may be committing infanticide.

Years ago in an undercover investigation, Washington Surgi Center abortionist Cesare Santangelo admitted that he “probably wouldn’t” help a baby who survives an abortion even though “legally we would be obligated to help.”

This week, at a press conference, pro-life advocates with the Progressive Anti-Abortion Uprising (PAAU) said they found the bodies of 110 first-trimester aborted babies and five late-term aborted babies in two boxes that they received from a truck driver who was collecting medical waste from Santangelo’s abortion facility.

PAAU leader Lauren Handy said the five babies appeared to be “so advanced in their gestational age and the patterns in their wounds suggest violent federal crimes.” Pro-life and Republican leaders are urging authorities to investigate whether the babies were illegally killed in violation of the Partial-Birth Abortion Ban or the Born Alive Infant Protection Act.

Washington, D.C. allows unborn babies to be aborted for basically any reason up to birth, and Washington Surgi Center advertises abortions at “27 plus weeks of pregnancy,” which is long past the point when babies are viable outside the womb.

This is not the first time questions have been raised about possible infanticide at the facility.

In 2013, Live Action caught Santangelo in an undercover video admitting that he would not try to save a baby who survives an abortion.

When asked by the undercover investigator what would happen if the baby were to survive the abortion, Santangelo responded:

“Technically – you know, legally we would be obligated to help it, you know, to survive. But, you know, it probably wouldn’t. It’s all in how vigorously you do things to help a fetus survive at this point. Let’s say you went into labor, the membranes ruptured, and you delivered before we got to the termination part of the procedure here, you know? Then we would do things – we would – we would not help it. We wouldn’t intubate. It would be, you know, uh, a person, a terminal person in the hospital, let’s say, that had cancer, you know? You wouldn’t do any extra procedures to help that person survive. Like ‘do not resuscitate’ orders. We would do the same things here.”

In a second undercover video, one of Santangelo’s staff told the Live Action investigator that a child born alive after a botched abortion should just be flushed down the toilet.

Neither Santangelo nor his staff have commented on the latest allegations regarding the five aborted babies, but, in 2013, he responded to the Live Action investigation by calling pro-life advocates “terrorists.” He also backtracked on his comments, telling the Washington Post that he would call 911 if a baby was born alive.

Later, he added: “Once the baby is born, it’s out of everybody’s hands, and the baby has rights, too. I understand that and I support that.”

“He has repeatedly faced scrutiny for violations such as his wrongful death lawsuit, his admission to leave infants to die, his failure to pay rent, and the death of Philomena Grace, a child he induced an abortion on, who was born in a restaurant toilet,” the organization wrote on Twitter.

The five aborted babies’ bodies are in the custody of Washington, D.C. police, but police said they do not plan to conduct autopsies.

Pro-life leaders are calling for a thorough investigation and autopsy of the babies to determine if any were born alive or killed via the illegal partial-birth abortion method.

Earlier this week, more than two dozen Republican lawmakers urged the Department of Justice to investigate; however, some expressed doubts that the department will do anything, pointing out that pro-abortion Democrat officials with the Biden administration lead the agency.

According to the Daily Wire, city authorities, including the Metropolitan Police Department, D.C. Medical Examiner and Mayor Muriel Bowser’s office, have refused to comment on the matter.

Pro-life leaders named the babies Ángel, Holly, Phoenix, Harriet and Christopher X. They said they also named the 110 first-trimester babies and gave them a funeral Mass and burial.

“We cannot build a better world on a pile of murdered children,” PAAU founder Terrisa Bukovinac said. “That’s not progress. Real progress is protecting the vulnerable from exploitation from people like Santangelo who are the true villains here. True progressives must stand up against this injustice.”