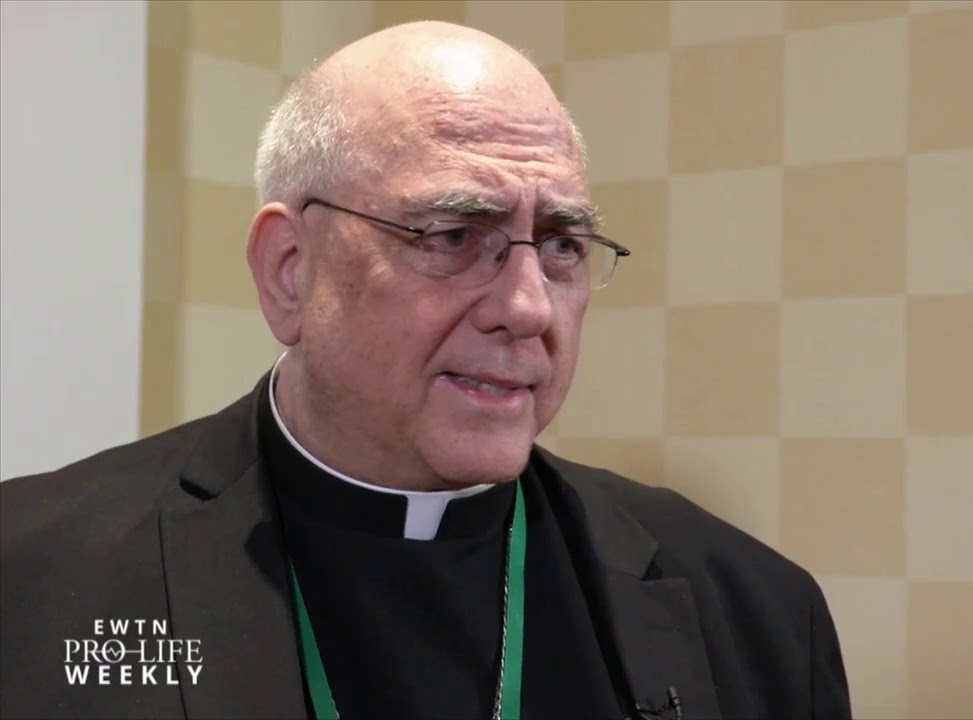 Catholic bishops, united with other Christian leaders, are urging Americans to pray for the U.S. Supreme Court and an end to Roe v. Wade.

The high court recently heard a major abortion case out of Mississippi, Dobbs v. Jackson Women’s Health, that directly challenges Roe. Many Christians are hoping and praying the justices will overturn the nearly 50-year-old abortion ruling and allow states to protect unborn babies from abortion again.

The National Catholic Register reports the Pray for Dobbs campaign is an ecumenical call for prayer and fasting from the U.S. Conference of Catholic Bishops, Protestant and Orthodox Christian leaders.

“We’re at this pivotal moment,” said Archbishop Joseph Naumann of the Archdiocese of Kansas City, Kansas. “It’s really important … to pray more, to intercede more for the judges, but also for ourselves, that we can be this society that really reverences the human person.”

Naumann said the campaign began when Christian leaders from different denominations all felt a need to unite in prayer for an end to abortion.

“It has been an ecumenical effort to ask Catholics and all Christians to pray for wisdom for the Supreme Court and to intercede that the Holy Spirit will help them in issuing this decision,” with the hopes that the court will “restore protection for the unborn children,” he continued.

Since Roe in 1973, the Supreme Court has forced states to legalize abortions up to viability and allowed abortions up to birth. As a result, more than 63 million unborn babies and hundreds, perhaps thousands, of mothers have died in legal abortions.

No one can be certain how the court will rule, but pro-life leaders have expressed hope that the justices will recognize the injustice of Roe in their ruling on the Mississippi case. The court likely will publish its ruling in June.

David Closson, director of the Center for Biblical Worldview at the Family Research Council, told the Register that more than 17,000 people have signed up to pray through the Pray for Dobbs website. Every month, the campaign sends an email encouraging people to pray and fast for specific things.

The campaign has brought Christians together in solidarity for the rights of unborn babies, said Adam Greenway, president of Southwestern Baptist Theological Seminary in Fort Worth, Texas.

“Whatever doctrinal differences there may be on various aspects of theology, upholding a strong conviction as to the sacredness of life, a sanctity of life, particularly that of the unborn, is something that really is fairly self-evident,” Greenway told the newspaper.

Since October, the campaign leaders have been encouraging people to pray without ceasing for an end to the violence of abortion.

“The most important thing we can do to is to bend our knees in supplication to our Lord Jesus Christ, asking for the end to Roe, and to the brutal practice of abortion,” the campaign website states.

The Pray for Dobbs campaign sends regular prayer reminders, and its website has resources in English and Spanish about the Supreme Court case, abortion and the need to restore a culture of life in America.

The Guttmacher Institute estimates 26 states “are certain or likely to ban abortions” if the Supreme Court gets rid of Roe. Researchers estimated that abortion numbers would drop by about 120,000 in the first year and potentially even more in subsequent years if the high court allows states to ban abortions again.

Meanwhile, pro-life advocates across the U.S. are working to expand support services for families in need, through pregnancy centers, maternity homes, and even programs to help pregnant mothers choose life in prison.