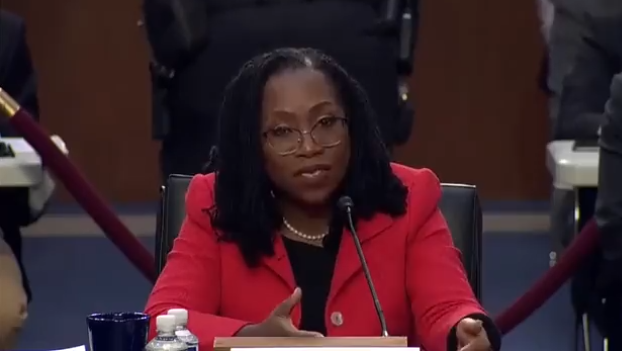 The Senate Judiciary Committee cast a vote today on the nomination of pro-abortion Supreme Court nominee Ketnaji Brown Jackson to be a Supreme Court justice and the vote ended in a tie with 11 Democrats voting yes and 11 Republicans voting no.

Now, Senate Democrats will push a discharge motion on the Senate floor seeking to move the nomination from the committee to the Senate floor for consideration. Democrats are expected to have enough votes for this to happen thanks to Republican Senator Susan Collins supporting her nomination. Even if the vote ended in a tie, Kamala Harris would cast the tie-breaking vote in favor of advancing the nomination to a full Senate vote.

Other senators talked about her very concerning record of light prison sentences for criminals who abuse children.