We now have confirmed reports of 370 babies saved from abortion since March 2. More good news is coming in every day!

A woman who brought her teenage daughter to the San Luis Obispo, California, Planned Parenthood for an abortion made a beeline for 40 Days for Life volunteers praying on the sidewalk.

“Please, could you pray for my daughter?” the woman begged through her tears. “Pray for us! She is just 17…but I know she is not sure! Please, please pray. Could you pray?”

Finally, the young woman exited Planned Parenthood and got in the car. As the vehicle left, the new grandmother stopped to flash two thumbs up and a huge smile toward the vigil participants.

“We watched, in grateful prayer, knowing the prayers of a mother and those gathered around her had, indeed, been answered,” said one vigil participant.

The San Luis Obispo team’s prayers helped spare another family the trauma of abortion when the mom of an abortion client arrived at Planned Parenthood–frantic and desperate to save the life of her unborn grandchild.

“She quickly got out of her car, still wearing her pajamas and socks, and ran inside,” said Katie, the local 40 Days for Life leader.

About 15 minutes later, the grandmother returned to her vehicle. “She pulled out, giving us a worried, yet ‘glad-we-were-there’ wave,” Katie explained.

Vigil participants intensified their prayers–and those prayers were answered!

“About 30 minutes later, the young girl came out smiling and exclaimed, ‘I’m calling my mom!'” Katie reported. “She had chosen life! That was the BEST phone call the grandma in PJs ever received!” 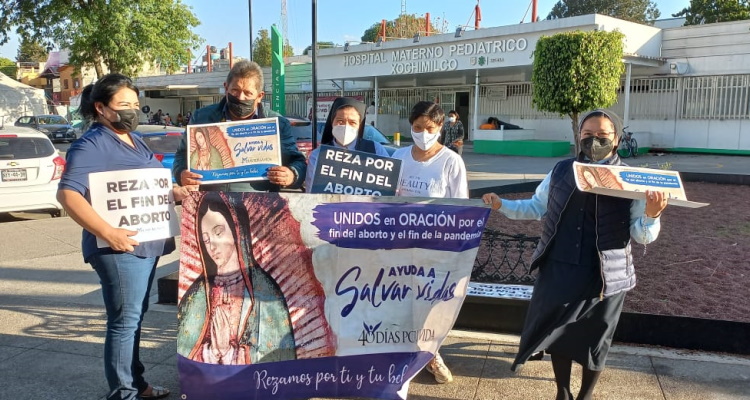 A young woman in Xochimilco found herself pregnant when her contraceptive injection failed.

She intended to have an abortion, but an acquaintance introduced her to Elsy, the Xochimilco 40 Days for Life leader, who is also a doctor.

Elsy provided the woman with a free ultrasound and even gave her a ride to the appointment where she met her baby for the first time. After hearing her child’s heartbeat and seeing the baby’s hand move, she decided to keep her baby!

“Miracles happen every day,” Elsy said. “The emotion of seeing one of them is indescribable!” 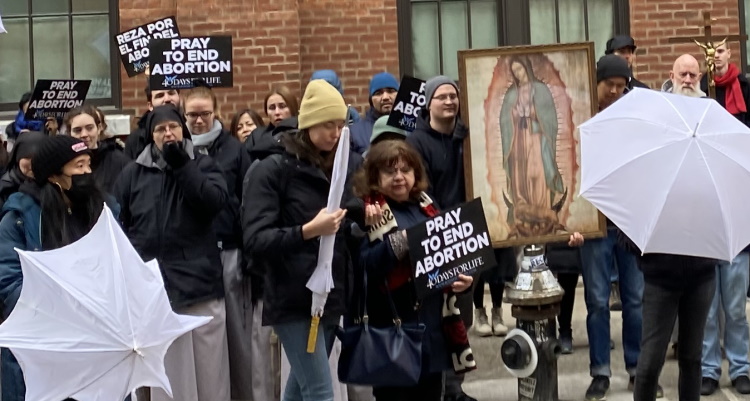 A couple coming for a late-term abortion chose life after a sidewalk counselor showed an educational video on what a 21-week abortion entails.

Laurie said another woman went inside Planned Parenthood but came out and told vigil participants that “she couldn’t go through with the abortion after what she’d heard from the sidewalk counselor.”