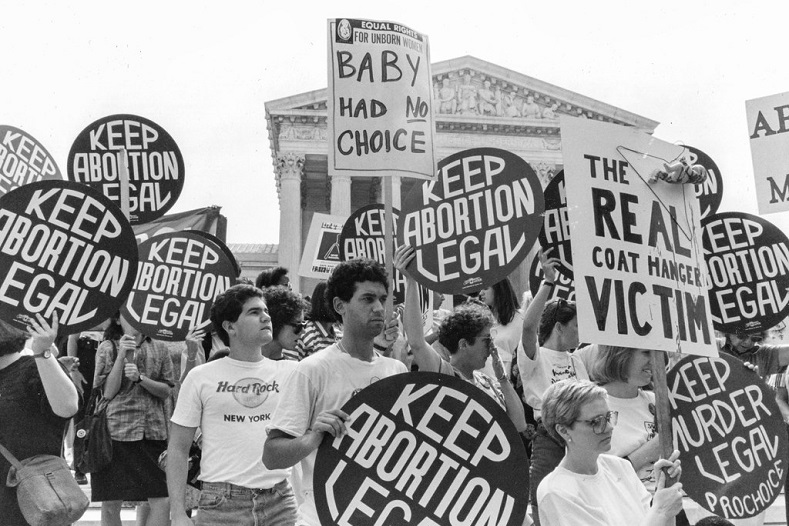 Vans, boats and pills through the mail are a few of the ways an underground network of abortion activists is planning to keep doing abortions if the U.S. Supreme Court overturns Roe v. Wade this summer.

The Atlantic published a lengthy article about the “abortion underground” this week, promoting the false claim that women need to abort their unborn babies.

Roe forces states to legalize abortions up to viability, about 22 weeks, but many expect the Supreme Court will overturn or weaken the 1973 ruling through a Mississippi case this summer. If that happens, the Guttmacher Institute predicts 26 states will pass laws to protect unborn babies by banning abortions. Hundreds of thousands of unborn babies’ lives could be saved as a result, but abortion activists are trying to thwart these life-saving efforts.

Right now, there is a growing underground abortion network of “midwives, herbalists, doulas, and educators” who are “often willing to work around the law” to abort unborn babies, according to the report.

The Atlantic highlighted several of these abortion activists, few of whom it named, including “Ellie” who quickly assembled an at-home abortion device on a California beach in front of the reporter and then gave it to her to take home. “It looked like a cross between an at-home beer-brewing kit and a seventh-grade science experiment,” the reporter wrote.

Other abortion activists are holding workshops and online classes to teach people to make similar do-it-yourself abortion devices, using materials like aquarium tubing and plastic syringes. Some groups are setting up mobile vans and boats to travel around to do abortions, legal or illegal, across the U.S.

A nonprofit called Abortion Delivered is planning to deploy mobile abortion vans. The first one was being readied when I spoke with a staff member at the organization who, like Ellie, did not wish to use her name. I’ll call her Angela. The van was being bulletproofed, Angela told me. It would then be retrofitted with an ultrasound machine and a gynecological-exam table, so a doctor with a manual vacuum-aspiration device could perform first-trimester abortions inside. Abortion Delivered, which originated in Minnesota, planned to dispatch the van—and a second one, stocked with abortion pills—to just outside the Texas border.

Asked if they will stop if Roe is overturned, Angela said the opposite.

One of the few abortion activists actually named in the piece, Susan Yanow of Self-Managed Abortion; Safe and Supported, or SASS, teaches classes about “self-managed” abortions using abortion drugs.

“The knowledge you’re going to get today is very empowering,” Yanow said in an online class that the Atlantic reported participated in. “But the real power is in sharing it.”

Yanow also talked to her students about how to avoid trouble with the law for doing illegal abortions, saying they should “avoid giving direct advice, because that could be construed as the unauthorized practice of medicine, a criminal offense. The key, Yanow said, was avoiding ‘that forbidden three-letter word: y-o-u,’” according to the report.

Already, abortion groups are selling abortion drugs online legally without any medical supervision – something that pro-life states are working to stop. The Atlantic reporter described just how easy it was for her to buy abortion drugs from one online abortion pill seller: “I ordered the pills on Saturday night. I didn’t have to speak with anyone directly. An online questionnaire took less than 15 minutes.”

Notably absent from the report and the abortion activists’ goals was discussion about the importance of keeping women safe and helping them address their problems. It was all about making sure abortions are available, as if killing an unborn baby is the end all, beat all solution to women’s problems.

Often, pregnant mothers turn to abortion because they are afraid and alone, thinking aborting their unborn baby is their only solution. But abortion does nothing to help women escape poverty or abuse or feel supported and empowered.

Women do not need to abort their unborn babies to be healthy or free, and these underground abortion groups are not really focused on helping women. Instead, they are promoting the very things that abortion activists used to warn will harm and kill women – back alley and do-it-yourself abortions. The implication seeming to be that a dangerous abortion is better than no abortion.

Instead of addressing the root causes that drive women to abortions, these underground abortion activists are putting women’s and unborn babies’ lives at risk.