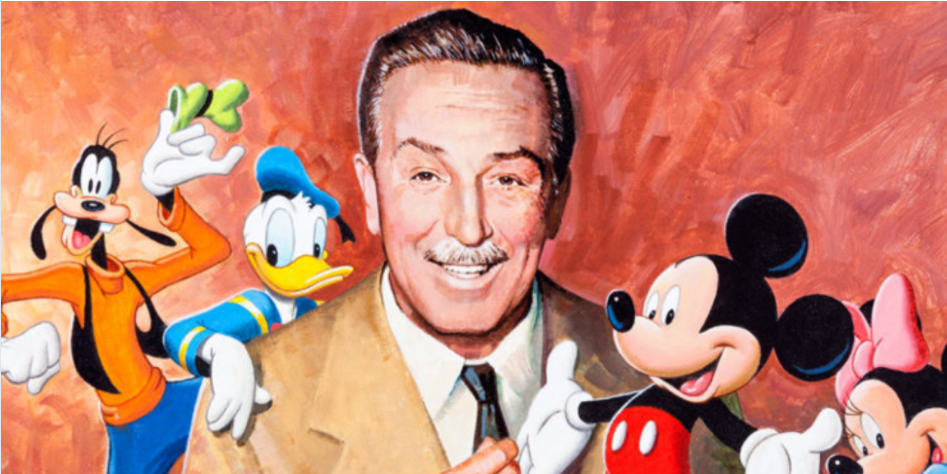 Sitting behind his wooden desk inside his Burbank-based Suite 3H office back in 1961, Walt Elias Disney – the founder and chairman of the burgeoning company bearing his name – was asked if he could share the formula for the empire’s wild success.

“I don’t really know,” he said. “I guess I’m an optimist. I’m not in the business to make unhappy pictures. I love comedy too much. I’ve always loved comedy. Another thing. Maybe it’s because I can still be amazed at the wonders of the world.”

Within five years, Walt Disney would be dead, never living to see the opening of the company’s second park and resort in Orlando. At the time of his death in December of 1966, Walt’s shoestring enterprise, born after a series of failures, was valued at $100 million.  As of last year, the company’s revenues exceeded $67 billion.

But all that glitters is not gold – and the true health of a company is not only calculated in dollars, but how it helps or hurts the people it serves.

On that score, few companies have fallen as far as the once wonderful world of Disney – which is anything but wonderful today.

Footage of a leaked company-wide Zoom call confirms Disney’s desire to embrace an agenda that deliberately and blatantly rejects a Christian worldview of the family, as well as God’s view of human sexuality.

The meeting was held in response to the Florida legislature’s passage and Governor Ron DeSantis’ signing of HB 1557 – a bill that prohibits state teachers from introducing or pushing LGBT topics on children in kindergarten through the third grade. Critics of the legislation, along with willing accomplices in the press, have erroneously and deceptively and deceitfully labeled it as the “Don’t Say Gay” bill.

In reality, it’s common-sense legislation that recognizes parents reserve the absolute right to decide when and what their children are to be taught about such sensitive issues.

But Karey Burke, president of Disney’s General Entertainment Content, feels strongly that if children aren’t going to be propagandized in school, they should be brainwashed and confused via Disney entertainment.

“I’m here as a mother of two queer children, actually,” Burke told employees. “One transgender child and one pansexual child, and also as a leader.”

Burke went on to say she is committed to Disney producing content that features “underrepresented” individuals.

“We have many, many LGBTQIA characters in our stories, and yet we don’t have enough leads, and narratives in which gay characters just get to be characters,” she said.

During another portion of the call, Disney’s “diversity and inclusion” manager, Vivian Ware bragged about discontinuing the use of the phrases “ladies and gentlemen” and “boys and girls” from announcements at their theme parks.

Many of us have warm and cherished memories of watching Disney movies and cartoons or maybe even taking a big family vacation to a Disney theme park. Sadly, that Disney is now long gone.

The Disney brand was once so beloved and ubiquitous in the world that the name “Mickey Mouse” was used as the password for entrance into Allied Supreme Headquarters in Europe on D-Day in 1944.

“Disneyland will never be completed as long as there is imagination left in the world,” Walt Disney once said.

Tragically, God’s gift of “imagination” has been deeply corrupted in this case, bringing to mind the words and warning of the apostle Paul to believers in Rome:

“And since they did not see fit to acknowledge God,” he wrote, “God gave them up to a debased mind to do what ought not to be done” (1:28).

As parents, many of us appreciate entertainment for children that feature gentle and innocent themes. There will be enough time for our kids to be exposed to the harsh realities of a broken world. We don’t need sinister or confused screenwriters corrupting the beautiful minds of our young ones.

To be sure, Disney’s slide has not been sudden, nor has it been all at once. For years, Christian parents have been faced with the dilemma of how (or if) to navigate the corrupt and collapsed culture of a one-time family friendly brand. In the end, it might be a small world after all for all of us – but for believers, especially, it’s an increasingly wicked and depraved one.

LifeNews Note: Paul J. Batura is a writer and vice president of communications for Focus on the Family. He’s authored numerous books including “Chosen for Greatness: How Adoption Changes the World,” “Good Day! The Paul Harvey Story” and “Mentored by the King: Arnold Palmer’s Success Lessons for Golf, Business, and Life.” Paul can be reached via email: [email protected] or Twitter @PaulBatura. Paul’s article originally appeared at the Daily Citizen.