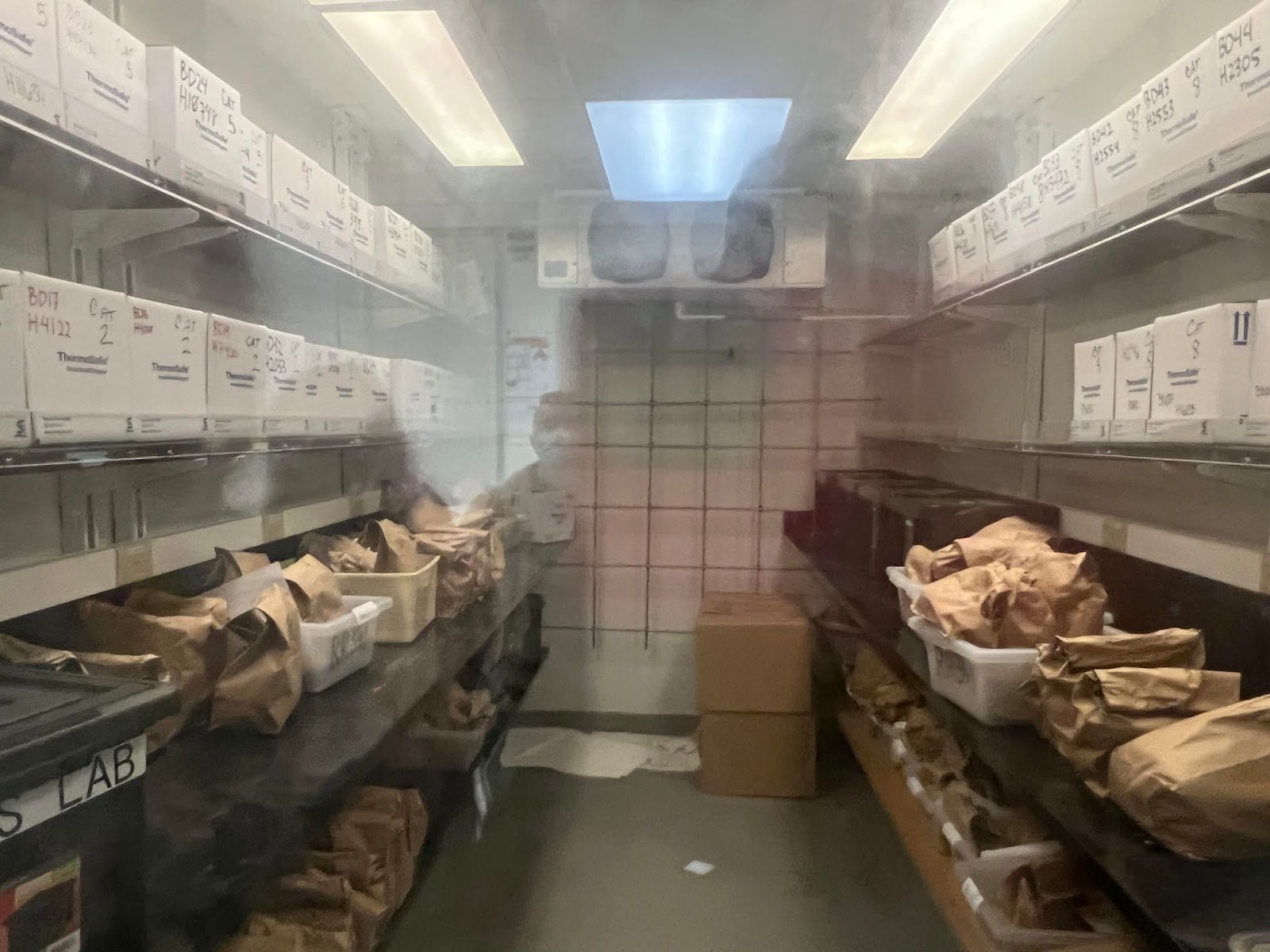 Pro-life advocates made a disturbing discovery earlier this month in a lab at the University of Washington Department of Pediatrics: a freezer full of rows and rows of aborted babies’ body parts.

Pro-life advocates with Progressive Anti-Abortion Uprising (PAAU), Survivors of the Abortion Holocaust, Pro-Life San Francisco and Rehumanize International said they gained access to the freezer March 9 after confronting university leaders about its unethical practices as the largest and most active fetal organ bank in the nation.

“The American people must be made aware of the mass dehumanization of these unborn children who are violently killed and thrown into a freezer, whose body parts are then portioned out to researchers in pursuit of federal funding,” said Terrisa Bukovinac, founder and executive director of PAAU.

This week, the pro-life groups published a photo of the freezer, which they said contained row after row of bags and containers of aborted babies’ body parts, labeled and prepared to be shipped to scientific researchers across the country.

“It is my hope that this photograph reminds us all that there are real victims being lethally oppressed by UW and traded like property,” Bukovinac said. “Fetal trafficking is abhorrent and it must end.”

Some of the body parts may have come from healthy, late-term aborted babies who were viable and capable of feeling pain. Others even may have been born alive.

According to the pro-life organizations:

[National Institutes of Health]-funded fetal tissue research studies supplied by UW are known to target the brains of human fetuses — many pain-capable and past the point of viability during the abortion procedure.

Procuring “pristine” fetal organs for research requires withholding feticides to preserve the stem cells. This means these often late-term fetuses are torn apart and dismembered alive or, ideally for experimentation, they are delivered through an induction process which, at these late gestational ages, produces born alive infants over half of the time, according to a study published in the National Library of Medicine.

Dr. David Prentice, vice president of research at Charlotte Lozier Institute and an international expert on ethical stem cell research, said the freezer photo is a shocking reminder of the barbaric abortion practices occurring regularly in the U.S.

“Harvesting baby body parts and parceling them out like parts from an old car is barbaric,” Prentice said. “Storing these organs and body parts in paper bags might be more convenient for their ‘next day’ and ‘same day’ delivery options but only emphasizes how their entire trafficking operation is out of touch with the intrinsic value and dignity of each human being.”

Prentice and other scientists say research with aborted babies’ organs has not been effective, and ethical alternatives exist.

The University of California at San Francisco and the University of Pittsburgh in Pennsylvania also have faced scrutiny in recent years for their research with aborted baby body parts.

One particularly disturbing experiment at the University of Pittsburgh involved scientists implanting aborted babies’ scalps onto rodents to study the human immune system.

Another University of California San Francisco experiment created “humanized mice” using organs from healthy aborted babies at 18 to 24 weeks gestation whose mothers had abortions for “elective … non-medical reasons.” Premature babies now are surviving outside the womb before 22 weeks.

Kristin Turner, executive director of Pro-Life San Francisco, compared the universities’ practices to those of Kermit Gosnell, a former Philadelphia abortionist who was convicted of murder for delivering babies alive in abortions.

“People with widely varying beliefs about abortion asked themselves what could have been done to prevent this human rights violation — when the answer is right in front of us,” Turner said. “We are witnessing the same injustice facilitated by universities like UW and UCSF, yet no one is taking action because they care more about their political fight to preserve the practice of abortion than they do the lives of born alive infants.”

The University of Washington, UC San Francisco and the University of Pittsburgh are all taxpayer-funded universities that receive money specifically for their research with aborted baby body parts. During the Obama administration, the NIH spent tens of millions of tax dollars funding unethical experiments involving aborted babies’ body parts.