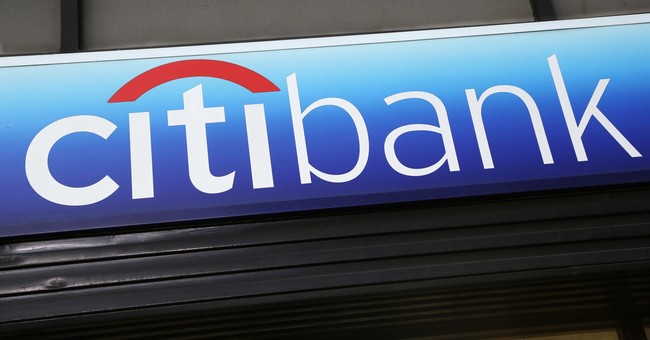 In a 2022 statement to stockholders, the investment banking firm Citigroup stated, “We believe all parents deserve time to adjust to parenthood and bond with the newest member of their family.” Citigroup said that this belief had led them to expand their paid parental leave policy in 2020 to guarantee 16 weeks of paid maternity leave or four weeks of paid parental leave.

However, immediately after touting its commitment to families, Citigroup announced a new policy at odds with its professed family-friendliness. “In response to changes in reproductive healthcare laws in certain states in the U.S., beginning in 2022 we provide travel benefits to facilitate access to adequate resources.” In other words, Citigroup will now fund access to abortion for its employees.

Why the change in corporate policy? The most likely reason is that Citigroup, like many other major corporations, is run by individuals whose views on abortion—and everything else—are more aligned with the far-left wing of the Democratic Party than with Main Street.

And sure enough, in the last presidential election, Citigroup employees contributed overwhelmingly more to Democrats than to Republicans. In October 2020, the bank launched its “true name” feature, which allowed “transgender and non-binary people the ability to use their chosen name on eligible credit cards.” Its 2022 stockholder’s statement notes its inclusion of “gender affirmation medical coverage.” And in March of last year, it announced its commitment to “Net Zero by 2050,” stating that “[n]et zero means rethinking our business and helping our clients rethink theirs.” Citigroup’s efforts to “help” clients “rethink” include dropping those who don’t cooperate. Directly funding access to abortion is simply the next step in ensuring Citigroup’s status as the most woke corporation in America.

But perhaps there is another reason as well. Profits.

When an employee has a child, especially a female employee, her work-life balance looks different. Citigroup recognizes the impact a new baby has on an employee’s life, and its 16-week paid maternity leave is generous. But 16 weeks of paid maternity leave is also expensive. And after having children, 49 percent of women take a break from working outside the home. Hiring, retraining, and replacing an employee costs companies approximately 33 percent of a worker’s salary. In short—if a company’s main concern is the bottom line, encouraging a mom not to have her child makes cents. Pun intended.

Citigroup is an investment bank. It is their job to make money. Babies cost money. Paying $500 for a plane ticket to another state and $300 for a hotel room is much cheaper than paying for 16 weeks of maternity leave or hiring a new employee. Employees having abortions saves the company money—and it can promote this new “benefit” under the guise of women’s “reproductive rights,” further endearing itself to progressives.

Last year, Citigroup’s CEO, Jane Fraser sent a memo to the company. As she detailed to employees the need to “reset” the work-life balance, Fraser declared she wanted Citigroup to be “a bank with a soul”—and admitted that this was part of her strategy to “crush the competition.” She wrote, “The pandemic has stretched our capacity for innovative thinking, for solving problems…Nothing should stop us from building a bank that wins, a bank that champions excellence and a bank with a soul.” The recently released 2022 statement to shareholders echoes this same sentiment. Citigroup writes it is “Continuously innovating in how we recruit, train, compensate, promote and engage with our workforce.”

As Citigroup continues to evaluate how it will solve problems, its embrace of far-Left policies and its willingness to place profits over people has led them to believe that funding access to abortion is “innovative.” It is time for Citigroup to rethink how it engages with its workforce because paying for access to babies being killed has never been a way to champion excellence—and it certainly has never been good for the soul.

LifeNews Note: Mary Szoch is Director of the Center for Human Dignity at Family Research Council.