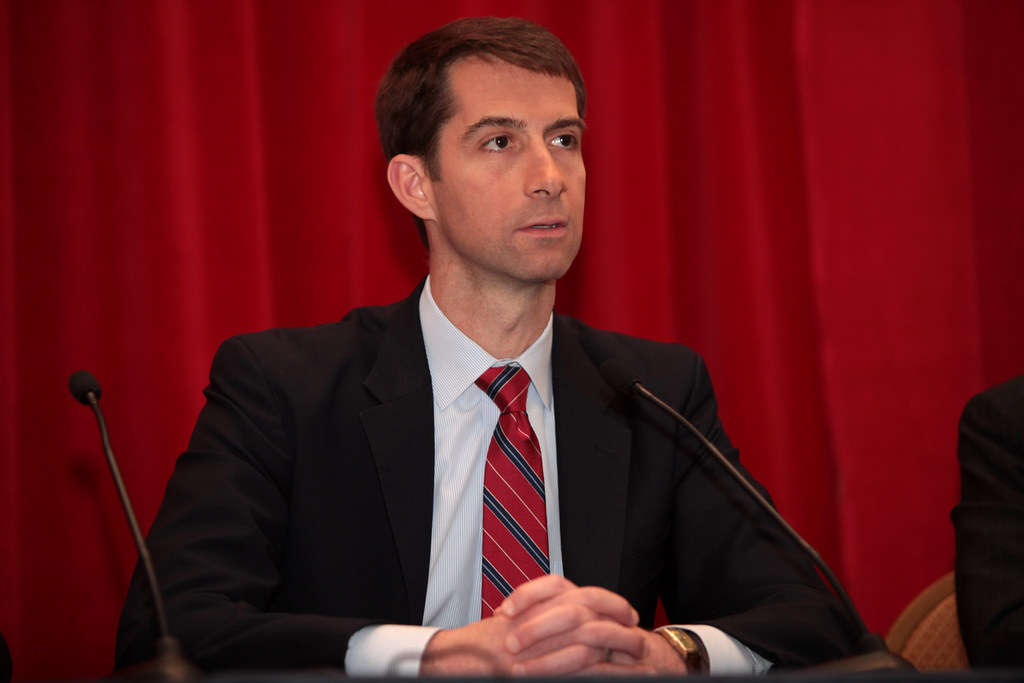 Both pro-life and pro-abortion groups believe Jackson would do the opposite. President Joe Biden promised to nominate a justice who believes in the so-called “right” to abort an unborn baby. If confirmed, Jackson would replace retiring Justice Stephen Breyer.

Cotton told the Senate Judiciary Committee that one of his criteria for a Supreme Court justice is someone who will protect unborn babies’ right to life. He also voted against Jackson when she was nominated to the U.S. Court of Appeals for the D.C. Circuit.

“I’m looking for a justice who will protect the right to life of innocent infants instead of caving to the abortion lobby, creating whole new swaths of law out of whole cloth,” the Arkansas Republican said.

Cotton said a Supreme Court justice also must believe the U.S. Constitution means what it says and not re-write it from the bench.

Senator Tom Cotton tells Ketanji Brown Jackson that any Supreme Court nominee must respect the Constitutional right to life for all Americans, born and unborn. pic.twitter.com/xYQnBAz8kN

“I’m looking for a justice who will uphold the Constitution, not use it to invent new so-called rights,” he continued, adding afterward on Twitter: “Judge Jackson has been a far-left activist for decades. Her years as a judge haven’t changed that.”

The U.S. Constitution never mentions the right to an abortion, but activist judges interpreted it to add the “right” to kill an unborn baby through Roe v. Wade in 1973. Since then, more than 63.5 million unborn babies have been aborted.

The Roe ruling conflicts with language in the Fifth and 14th Amendments, which prohibit persons from being “deprived of life, liberty, or property, without due process of law,” as well as laws that recognized unborn babies as “persons” prior to Roe.

Pro-life leaders and Republicans have raised many concerns about Jackson’s record. In 2001, she co-authored an amicus brief supporting a Massachusetts law that created a floating “buffer zone” to prevent pro-life sidewalk counselors from approaching women outside of abortion facilities. Her clients included NARAL and the Abortion Access Project of Massachusetts.

Jackson’s confirmation hearing began Monday in the Senate Judiciary Committee and continued through Thursday. Democrat Senate leader Chuck Schumer said he wants to hold a vote on her confirmation before Easter, which is April 17.