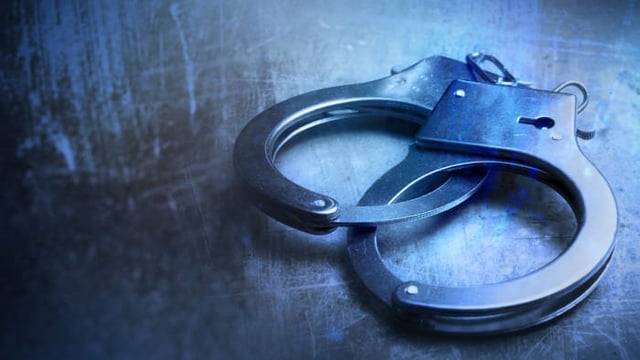 A middle school teacher was arrested Friday and charged with using the internet to attempt to entice someone he thought was a 14-year-old child into participating in sex acts, the Department of Justice (DOJ) announced Monday.

A police agent posing as a 14-year-old girl responded to an online notice posted by a user named “English Teacher,” who was identified as Matthew Christopher Yates, a 27-year-old who taught eighth grade English in St. Augustine, Florida, according to the DOJ.

St. Johns County Teacher Arrested and Charged with Attempting to Entice and Meet a 14-Year-Old to Engage in Sexual Activity: Matthew Christopher Yates of Hastings has been arrested and charged with using the Internet to attempt to entice a 14-year-old c… https://t.co/gzgC2cCU0r

In online conversations from Feb. 11 to March 11, the agent told Yates they were 14 and in the eighth grade, and the two allegedly exchanged sexually suggestive and sexually explicit pictures, according to the DOJ. Yates also allegedly sent the agent a picture that appeared to be of his penis.

Yates allegedly asked the person he believed to be an underage girl to meet him in person, and gave the undercover agent information about the sex acts in which he wanted to engage, even asking to record the acts on video, according to the DOJ.

Yates was arrested by FBI agents, who found several condoms in his possession, after driving to the location where he had agreed to meet the undercover agent, according to the DOJ. He faces a minimum mandatory sentence of 10 years and potential life imprisonment.

Veritas Classical School, which employed Yates prior to his arrest, did not respond to the Daily Caller News Foundation’s request for comment.