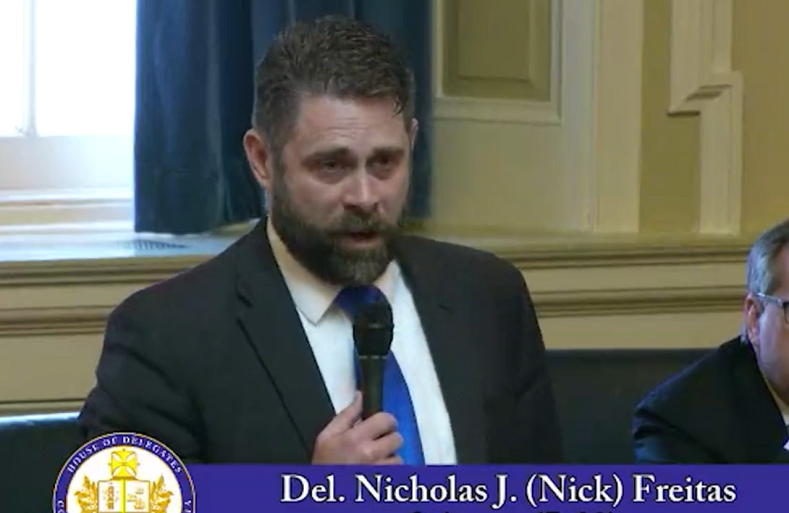 “Reasonable people can disagree about a host of things. Whether or not an innocent child should be given life-saving care after surviving a failed abortion attempt shouldn’t be one of them,” Freitas said after the state Senate rejected a bill to protect newborns from infanticide.

The Born Alive Abortion Survivors Act (House Bill 304), which Freitas sponsored, would have required abortionists to provide the same level of medical care to a baby who survives an abortion as a doctor would to any other baby born at the same gestational age. It also would have required the baby to be transported to a hospital for further care.

The bill passed the House of Delegates in February, but the Democrat-controlled Senate rejected it in committee Friday. Only one Democrat, state Sen. Chap Petersen, joined Republicans in voting in favor of the bill, according to The Christian Post.

Freitas said he attended the Senate committee meeting last week and listened to the testimony of a woman who survived a saline abortion. The late-term abortion procedure involves injecting a toxic salt solution into the womb to slowly scald the baby to death, which can take up to three days, and then inducing labor to deliver the dead baby.

Right after the abortion survivor’s testimony, he said a Planned Parenthood lobbyist testified that the bill is unnecessary and hateful, and its purpose is merely to stigmatize. Then, Democrat lawmakers voted to kill the bill.

Freitas said the moment reminded him of something his father, a homicide detective, had once told him: “I remember asking him, ‘How is it possible that people will do this to one another?’ and he said, ‘Nick, you will be shocked at the justification that is used by people to commit certain acts.’”

Freitas continued, “… my father also taught me something else and that is when the innocent are in peril, the strong have an obligation and a duty to stand up and defend them even if they are the only ones to do it.”

He said he will continue to fight for protections for babies and re-introduce the Born Alive Abortion Survivors Act as long as he serves in the legislature.

A report by Tessa Longbons, a research associate at Charlotte Lozier Institute, found that protections for babies who survive abortions are inconsistent across the United States, with fewer than half of states maintaining sufficient protections.