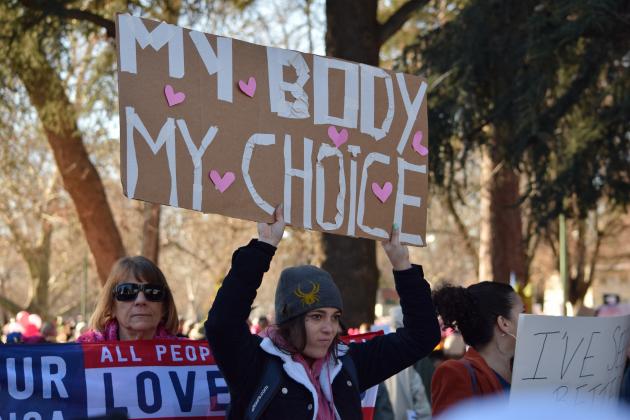 Increasingly, anti-child views are creeping into the culture.

A growing number of younger Americans are deciding not to have children, just because. And birth rates are at a record low. Meanwhile, pro-lifers are noticing more anti-child signs at pro-abortion rallies across the U.S., Brenna Lewis, a staff writer with Students for Life of America, wrote at The Federalist this week.

Lewis said abortion activists still are using the old slogans, “My body, my choice” and “No uterus, no opinion.” Lately, however, she and others have been seeing a new sign, “F— them kids” at the Women’s March and college events.

That coupled with recent polls showing growing anti-child sentiments among Americans of childbearing age should have pro-lifers concerned, Lewis continued.

“… the pro-life movement now faces the challenge that reasons for abortion seem to have shifted towards undisguised selfishness, laziness, careerism, and contempt for children, versus the older data that showed women were choosing abortion for reasons of circumstance, such as finances, relationship trouble, coercion, or health concerns,” she wrote.

According to a November 2021 Pew Research poll, 44 percent of Americans of childbearing age said they are unlikely to ever have children. While infertility may account for some of that, the poll found that more than half of those unlikely to have children said they “just don’t want kids.”

Other polls that Lewis cited found that younger Americans are choosing not to have children because they believe children are too expensive or would get in the way of their careers.

Here’s more from her column:

Mic.com took an audience poll on why young people did not want children and received answers like, “The physical changes my body would go through with the pain of birth is not appealing at all to me,” “With the way I want to live my life, kids would get in the way,” and “I don’t want kids because they’re a f—-ton of work.”

It should not surprise anyone that 50 years of legalized abortion on demand have affected attitudes about children and family. Nearly 1 million unborn babies are aborted every year in the United States, and about 63.5 million have been aborted since Roe v. Wade in 1973.

Children are not as valued as they once were in society. Rather than be celebrated and treated as priceless human beings who are worth sacrificing for, children are viewed as a burden in anything less than perfect circumstances. Often, families who choose life despite these difficulties are criticized and questioned.

Women often are pressured to put off childbearing – or forgo it altogether – for the sake of their careers. Society sends the message that they need to be able to abort their own babies to succeed, to achieve equality with men, and pregnancy often is treated as a defect to be suppressed rather than an ability to be celebrated.

As the pro-life movement progresses, Lewis is correct that these anti-child attitudes are a huge new challenge — and one that societies across the world are struggling to combat. Children are precious and valuable human beings who are necessary for a healthy society. They are not just an accessory to be had or thrown away. They are the future, and they are essential for society to thrive.