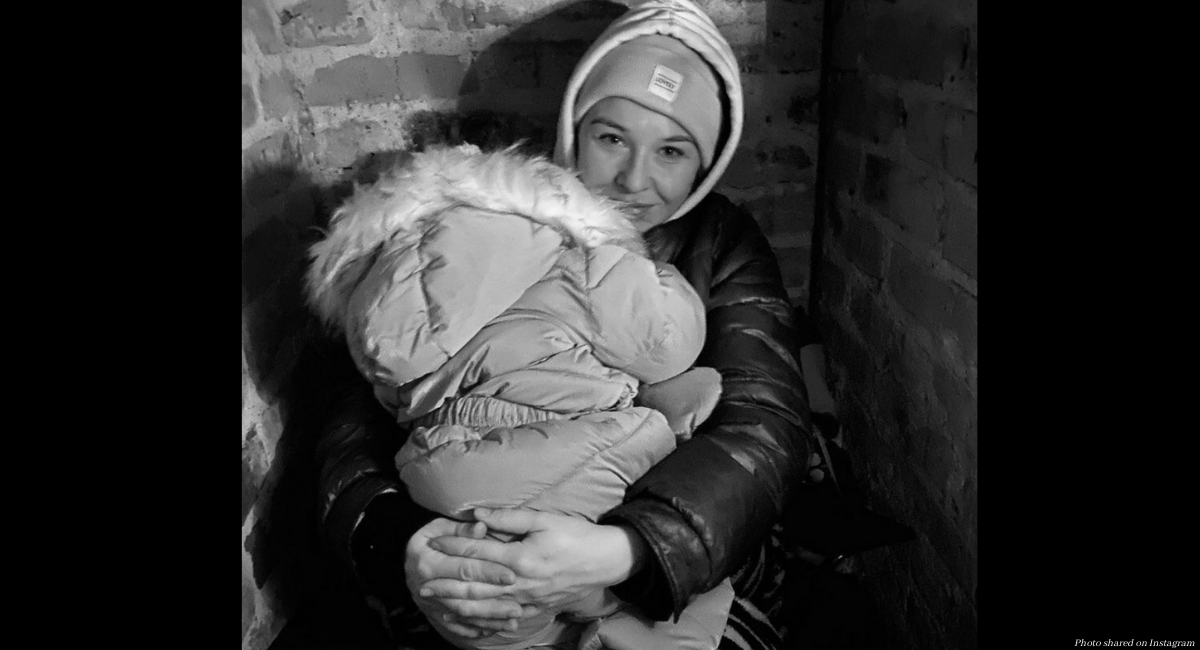 Ukrainian mother Elina Brynza managed to remain thankful in the midst of war after she made it to a hospital in time to give birth to her son last week.

The pregnant mother and her 1-year-old daughter spent time in a bomb shelter after the Russian army invaded their country in late February, Live Action News reports.

On Thursday, she posted a message on Instagram celebrating how she was able to get to the hospital to give birth to her son, Mark.

Brynza was 39 weeks pregnant when the war began, according to Live Action. Abandoning the nursery that she and her husband had prepared for the baby, the Brynzas rushed to a nearby bomb shelter several times to protect themselves and their children, ABC 6 reports.

Other times, they hid in their garage at home.

“Today, our windows were shaking, and I calmly took the child and went down into the pit in the garage,” Brynza wrote on Instagram (translated). “Some kind of ‘aircraft’ was shot down a ten-minute walk away, and an airfield was blown up 5 km away. At this time, hearing terrible sounds, we were sitting in a cold dirty pit, and I sang Christian children’s songs to the baby, believing every sung word.”

Brynza said she struggled to stay calm as she thought about giving birth to her baby boy, and she kept praying that she would be able to give birth in a hospital. Brynza said she has a rare blood clotting disorder that can cause pregnancy complications.

Last Thursday, her prayers were answered when she made it to the hospital in time to give birth to her son, according to the report.

“Our son Mark, today is your first day of life and I did not want to give you to anyone after a cesarean. The kids are being taken away for the night, but the nurses let you stay,” she wrote later that day on Instagram. “I imagined how I was breastfeeding you, holding your little fingers, admiring your little lips and eyes, rejoicing at your similarity to a handsome dad.”

Mark was born with pneumonia, another reason why the family is thankful that he was born in a hospital. However, Brynza said he was taken away from her quickly and moved to another hospital for intensive care.

“I didn’t have time to hold you in my arms, but I managed to kiss you and it’s so much, now, when I’m in the hospital, your dad and little sister, and you’re in intensive care under ventilators,” she continued. “All alone, in another district of the city, you are in intensive care with pneumonia, in serious condition. I don’t even want to think about what will happen if heavy hostilities break out in our city now.”

Despite all the heartbreak, Brynza found a reason to be thankful, writing: “And what a mercy that today I could give birth in the hospital, and you are in the hospital with light. We pray and trust you Lord, please have mercy.”