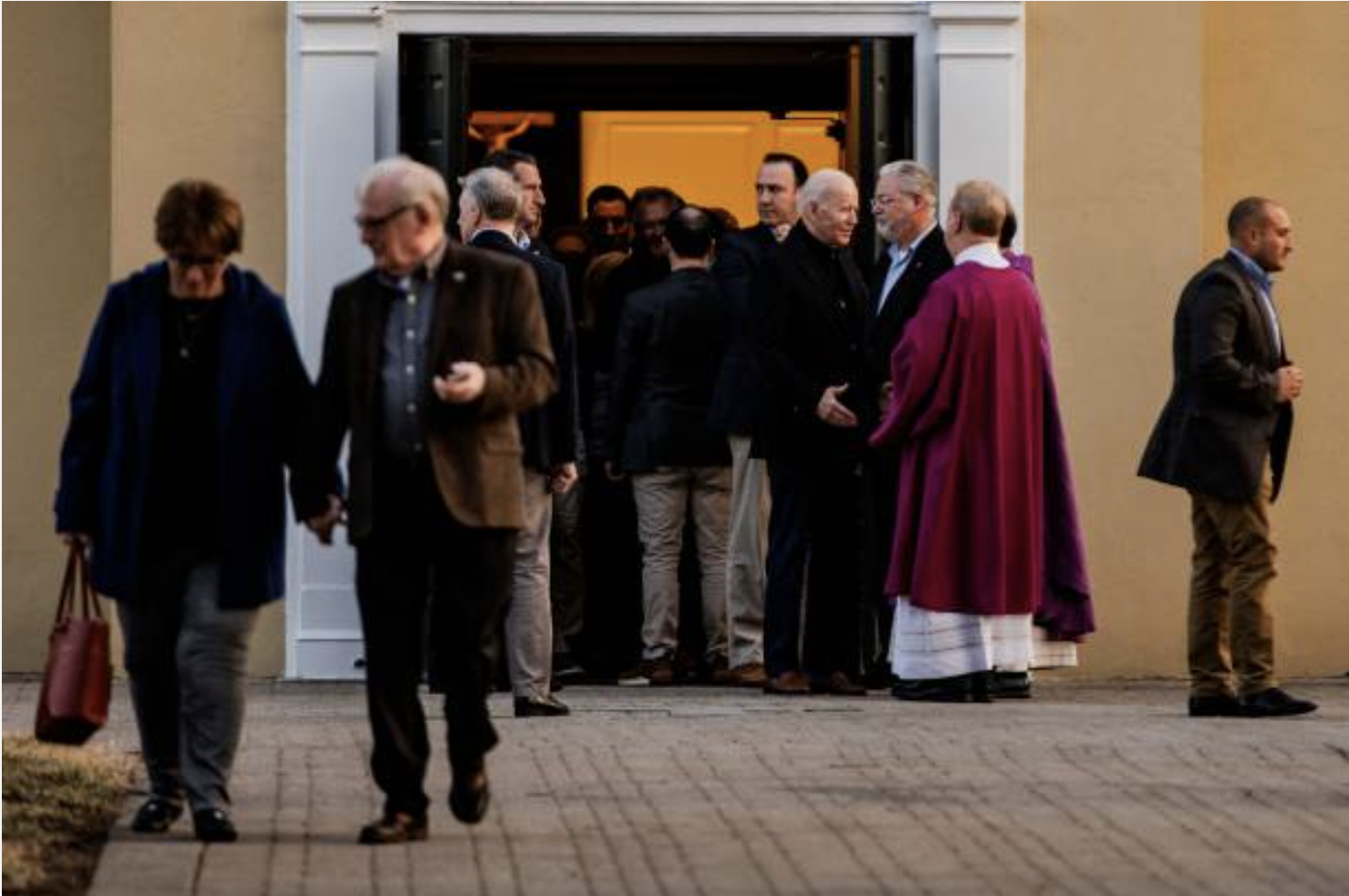 When it comes to abortion, Joe Biden is one of the least “faithful” Catholics, yet he continues to attend Mass despite his aggressive promotion of abortion.

Last week, Biden condemned the Florida legislature for passing a bill to protect babies from late aboritons The bill would ban aboritons on babies after 15 weeks, but Biden, who keeps claiming he is a “devout” Catholic, trashed the pro-life bill.

Biden bad-mouthed Florida lawmakers Friday for passing a bill that would protect thousands of unborn babies from abortions every year, claiming the legislation is “dangerous” and killing babies in the womb is “health care.”

Biden, a Democrat described as the most pro-abortion president in U.S. history, issued the statement on Twitter after the Florida legislature passed the 15-week abortion ban Thursday.

“Last night, the Republican-controlled Florida legislature passed a dangerous bill that will severely restrict women’s access to reproductive health care,” the abortion advocate responded. “My Administration will not stand for the continued erosion of women’s constitutional rights.”

This weekend, Biden attended Mass at St. Joseph on the Brandywine Catholic Church in Greenville, Delaware.

Photos showed him walking through the church yard and speaking with the priest after the service.

Responding on Twitter, Father Dan Beeman, of the Our Lady of Mount Carmel Church in Newport News, encouraged the Democrat president to go to confession.

“Confessions are at noon on Sunday, 5pm on Wednesday, and 3 on Saturday, Mr. President,” Beeman wrote, sharing a link to Biden’s comments.

Earlier in the week, the priest also appeared to call out Biden for supporting the killing of unborn babies in abortions during his State of the Union address.

“Abortion is not healthcare. Killing is not healing,” Beeman wrote on Twitter during the speech. “Disgusting.”

Biden referred to the killing of 63 million unborn babies in abortions since Roe v. Wade as “health care” in his State of the Union address last week.

A day after the speech, Owen Jensen with the Catholic news outlet EWTN confronted Biden about his pro-abortion views, asking, “As a Catholic, why do you support abortion as a Catholic, defying church teachings?”

Biden responded, “Well, I tell you what, I don’t want to get in a debate with you on theology…” Later, he added, “I’m not going to make a judgment for other people.”

Catholic Church leaders have been debating whether to deny communion to Biden because of his radical pro-abortion policies. The church teaches that every human life is valuable from conception to natural death, and abortion is a grave moral evil.

Many have urged the president to repent, confess and reverse his evil actions. Instead, Biden has become even more pro-abortion, allowing dangerous abortion drugs to be sold through the mail and abandoning his opposition to taxpayer funding for abortions.

Pro-life advocates describe Biden as the most pro-abortion president in U.S. history.