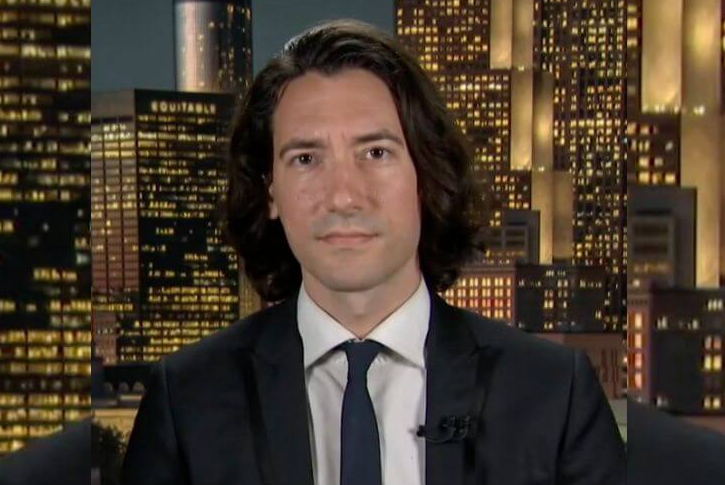 The fight to vindicate undercover journalist David Daleiden continued Friday when his lawyers accused California of trying to suppress a district attorney’s testimony about his investigation into the sales of aborted baby body parts.

Daleiden and Sandra Merritt, investigators with the Center for Medical Progress, are facing criminal charges in California for allegedly using fake identifications and making illegal recordings of pro-abortion groups without their consent.

“The State of California is criminalizing investigative journalism, and attempting to suppress evidence that would exculpate Mr. Daleiden from these groundless charges,” Daleiden’s attorneys Steve Cooley and Sianna Collado said in a statement.

Rackauckas conducted his own criminal investigation of Planned Parenthood and two businesses that handled aborted baby body parts after Daleiden’s investigation came out. In his testimony, Rackauckas said he found evidence of infanticide, partial-born abortion and battery committed against abortion patients as well as illegal sales of aborted baby body parts, and the two businesses later closed and paid a $7.8 million fine.

“Daleiden’s filing points out that the applicable California law creates an exception for recordings intended to show the commission of violent crimes, and that the Rackauckas declaration and testimony should be exculpatory to the charges against Daleiden,” his lawyers said.

… according to the filing, the California attorney general rejects the notion that Daleiden’s reporting provided evidence of crimes and instead claimed the pro-life activist is an “agent provocateur who sought only to damage Planned Parenthood.”

Daleiden’s attorneys said in the filing that Rackauckas’ testimony would be “extremely relevant” to their client’s “credibility and character concerning his search for violent crimes.”

“In addition, there is probably no greater expert on what constitutes evidence of all crimes than the five-term district attorney of Orange County, Tony Rackauckas,” the filing reads.

While the California Attorney General’s Office is seeking to suppress Rackauckas’s testimony, it also is asking to include irrelevant evidence of “anti-abortion violence at clinics and meetings,” Daleiden’s lawyers said.

“This request is actually an attempt to put Mr. Daleiden and Ms. Merritt on trial for threats and violence perpetrated by other people,” their motion states.

The criminal case against Daleiden and Merritt began with two top Biden administration leaders, Vice President Kamala Harris and HHS Secretary Xavier Becerra, both of whom worked as the attorney general of California before taking on their current positions.

California law requires that both parties consent to be recorded. Becerra alleged that Daleiden and Merritt broke the law by filming their conversations with abortionists and others without their consent.

However, Thomas Brejcha, founder and president of the Thomas More Society, which represents Daleiden, said undercover journalists and whistle-blowers have been celebrated for similar work, writing: “… about the time that Daleiden published his findings, animal rights activists were praised for documenting abuse in the poultry industry. Unlike in Daleiden’s case, Harris launched probes of the poultry industry and didn’t charge the reporters.”

Even legal scholars, news outlets and others that support abortion have slammed the California Attorney General’s Office for prosecuting Daleiden and Merritt. Brejcha said law professors Sherry F. Colb and Michael C. Dorf criticized the state for pursuing criminal charges against Daleiden because the case could “cripple investigative journalism” as a whole.

“Whatever the precise facts of this case prove to be, the prosecution has broader implications, and not just for abortion and anti-abortion speech,” they wrote in an column for CNN. “Undercover exposés play a vital role in informing the American public of important facts that would otherwise remain hidden.”

The Los Angeles Times editorial board also slammed the California Attorney General’s Office for threatening citizen journalists and jeopardizing the freedom of the press.

In 2019, Daleiden, Merritt and the Center for Medical Progress also lost a civil case to the Planned Parenthood abortion chain. Their lawyers are appealing.

Donations to Daleiden’s legal defense may be made to the Thomas More Society. Click here to donate.

Daleiden’s undercover investigation shocked the world with its expose of Planned Parenthood’s baby body parts harvesting practices. It led to numerous state and federal investigations. U.S. Senate and House committee investigations both concluded with referrals to the Department of Justice for criminal prosecution.

However, Planned Parenthood and the National Abortion Federation repeatedly have denied all allegations of wrong-doing, and many news outlets now parrot their claim that the undercover videos were deceptively edited or debunked. An independent forensics investigation verified that the videos were authentic.