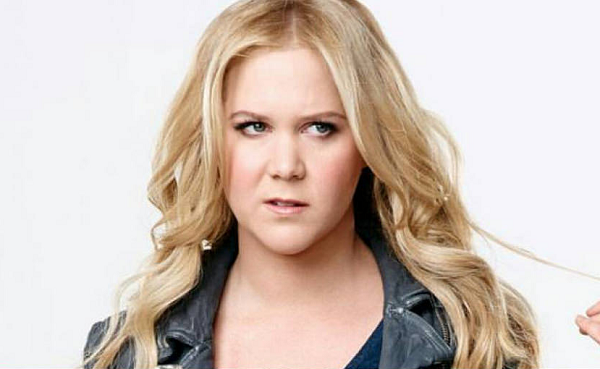 Fresh from celebrating the killing of unborn children in abortions, radical abortion activist Amy Schumer is set to host the Academy Awards.

Last month, Schumer ranted against pro-life efforts to protect unborn babies from abortion this week, calling it “f—ing sick” that Roe v. Wade may be overturned. Now she’s hosting the awards ceremony that sees the Hollywood elite celebrating themselves.

The Academy Awards is about to get a triple dose of left-wing wokeness as Amy Schumer is reportedly set to host this year’s Oscars ceremony along with comedian Wanda Sykes and Scary Movie star Regina Hall. Together, they have smeared Trump voters as racists, demanded the rollback of voter identification requirements, and joined forces with Michelle Obama to push vote by mail.

It will mark the first time that ABC’s ratings-challenged broadcast will feature a host since 2018.

Amy Schumer, Regina Hall, and Wanda Sykes will share hosting duties for the March 27 ceremony, according to multiple reports. The Academy of Motion Picture Arts and Sciences hasn’t confirmed the news but is expected to make an official announcement Tuesday.

The 2020 broadcast — which was the lowest rated in Oscars history, drawing around 10 million viewers — featured far-left celebrities lecturing Americans on issues of race and social justice. Actress-director Regina King kicked off the show by talking about George Floyd and celebrating the guilty verdict in the Derek Chauvin trial.

Schumer is the most politically active among the three co-hosts, having promoted Democrats’ efforts to federalize elections and rollback voter identification requirements. She has also pressured Silicon Valley giants to ban former President Donald Trump from social media, while attacking Texas for passing its “heartbeat” abortion law.

Wanda Sykes has smeared Trump supporters as racists while also calling the then-president a “lying motherfucker.”

An actress/comedian and cousin of Democrat Senate leader Chuck Schumer, in December Schumer lashed out after the U.S. Supreme Court heard a major abortion case that could result in Roe being overturned so that states may protect unborn babies from abortion again.

She shared a video of an older woman wearing a pin with the image of a coat hanger on it, a symbol of back alley abortions.

“She had this pin before Roe v. Wade,” Schumer wrote. “She said she never thought she’d have to take it out again.”

The actress went on to question what would happen if abortions become illegal and “white privileged sons get a girl pregnant,” her assumption being that aborting the unborn baby is the solution, rather than the young man and young woman taking responsibility for their child.

Later, Schumer implied that women need to be able to abort their own children to succeed, writing, “Are girls going to only apply for colleges on states where they will have access to reproductive rights?”

“This is why I got arrested to try and stop Kavanaugh confirmation while I was pregnant,” she continued, referring to the confirmation of U.S. Supreme Court Justice Brett Kavanaugh. “This is f—ing sick. Fight fight fight.”

Schumer is well known for her abortion advocacy. In October during the Women’s March, she claimed that “women can’t be free” without the legal right to abort their unborn babies.

But millions of women disprove this notion. In amicus briefs to the Supreme Court, hundreds of women scholars and professionals told the justices that women do not need to abort their own unborn babies to succeed. Hundreds more told the high court how they regret aborting their unborn babies and how their abortions hurt them, too. And since Roe, tens of millions of unborn baby girls were denied basic human rights when they were aborted.

Pro-life advocates hope the Supreme Court will overturn Roe v. Wade in their ruling on the Mississippi case.

If they do, states would be allowed to protect unborn babies from abortion again, possibly from the moment of conception or at least after the first trimester, and groups estimate anywhere from a dozen to two dozen states would do so. As a result, hundreds of thousands of babies could be spared from violent abortion deaths every year across America.

The Supreme Court is expected to publish its ruling on the Mississippi case sometime next year, potentially June.