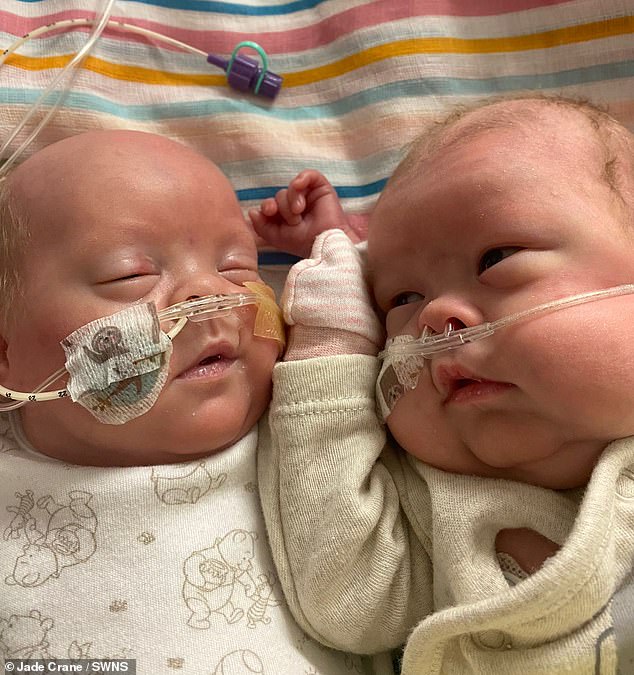 The value of unborn babies has grown increasingly clear as younger and tinier premature babies survive.

Decades ago, viability used to be about 28 weeks of pregnancy, then it moved backward to 24. Now, thanks to modern medical advances, that point has shifted to even earlier, and babies at 21 weeks and 22 weeks are surviving.

Over the weekend, the Daily Mail highlighted the story of twins Harley and Harry Crane, who are considered to be the most premature twins to ever survive in the United Kingdom.

The Crane siblings were born at 22 weeks and five days of pregnancy, and their mother’s doctors warned her that their chance of survival was zero, according to the report.

But the doctors were wrong, and now parents Steve and Jade Crane, of Derby, England, are preparing to bring their son and daughter home from the hospital.

“I’m so proud of my babies. They’re little fighters,” their mother said. “They’re doing absolutely amazing. They’re doing all the things that we were told they wouldn’t do: They’re crying, they’re surviving.”

The Cranes said they spent 11 years trying to have a baby. After multiple failed in vitro fertilization (IVF) treatments and three miscarriages, the couple was anxious when they became pregnant with the twins.

“I was so fearful of a miscarriage or something going wrong. I literally didn’t do anything during the pregnancy as a result. I was still in disbelief when we got to 20 weeks …” Jade Crane said.

Her fears heightened in late October when she noticed that she was leaking fluid. Crane said she went to Queens Medical Hospital in Nottingham where doctors confirmed the worst: She was miscarrying and her babies would not survive.

“The doctors were saying the babies wouldn’t survive at this gestation. I was still two weeks away from what the UK classes as viable and the babies were given a zero-percent chance of survival,” she remembered. “The doctor kept saying it was a miscarriage, but I said it couldn’t be because I could feel the babies moving.”

Crane went into premature labor and gave birth to the twins on Oct. 26, 2021, according to the report.

When doctors saw Harley and Harry moving around and crying, they abandoned their previous predictions and decided to attempt to save their lives, their mother said.

Despite growing medical evidence, some hospitals still refuse to, or do not have the capability to, provide life-saving treatment to premature babies born before 24 weeks. A 2015 study in the New England Journal of Medicine found that, although a growing number of premature infants are surviving at 22 weeks of pregnancy, some hospitals deny them life-saving medical care based on assumptions about the babies’ future quality of life.

Thankfully for the Cranes, Queens Medical Hospital is not one of them.

by. If I’d gone to Derby Hospital, I wouldn’t have come home with any babies, and that’s where the ambulance would have taken me because of the catchment area. It’s a postcode lottery,” Jade Crane said.

The twins have struggled through multiple health problems as a result of their premature birth, and, at one point, the Cranes were told that they might die, according to the report.

After 13 weeks in the hospital, however, Harley and Harry have overcome the worst challenges, and their mother said they may be well enough to go home by their due date, Feb. 24.

“They have all of the health problems that come with a premature birth but they’re all being worked on and I would say that they’re now at a stage where they’re thriving and we’re talking about going home plans,” she said. “They’ll go down in medical history. I’m pretty sure they’ll be having one of the wards named after them because everyone is just amazed by them!”

In 2017, the journal Pediatrics highlighted the story of another girl who survived after being born at 21 weeks and four days of pregnancy.