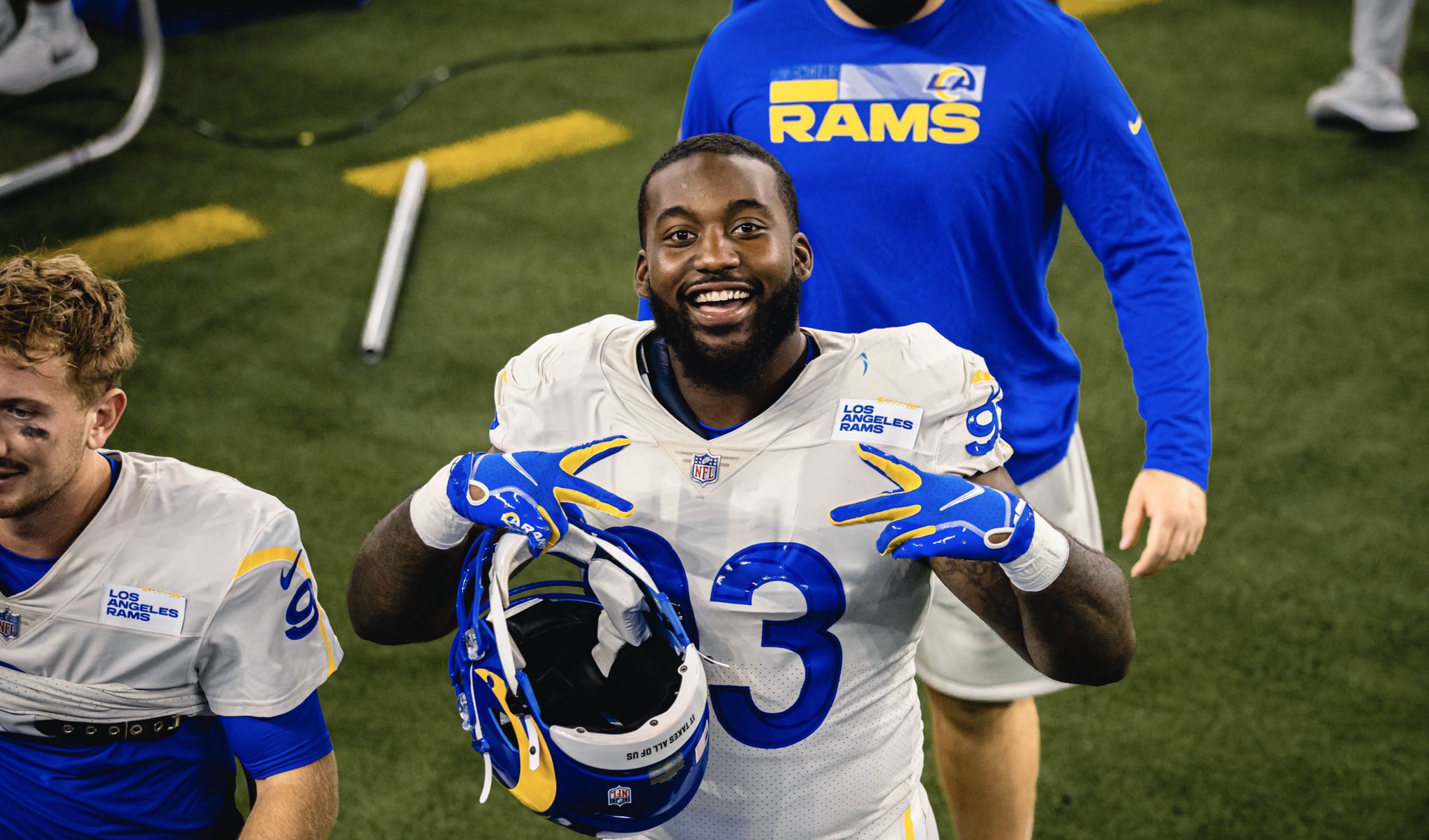 The Super Bowl is arguably the biggest sporting event of the year. Tens of thousands of homes will host parties to watch the game and enjoy good fellowship.

Even if sports aren’t your thing, you’ll want to know about one of the players on the field this Sunday.

My wife and I are former long-time residents of Cincinnati, so it won’t be hard to guess who we will be cheering for.

Even so, I want you to know about one of the players for the Los Angeles Rams.

But first a little backstory.

Greg Miller was part of a high-powered litigation practice that checked all the boxes from a worldly point of view. But he and his wife Annie felt called to leave all that behind to help found the Open Door Maternity Home in Euclid, Ohio, a residential ministry for pregnant teens.

Greg and Annie spiritually adopted each mother who stayed with them as their “daughters,” each child as their “grandchildren.” Annie remains in touch with most of their “daughters” to this day. The ministry served these women long after the birth of their babies.

Young mothers came to Open Door because those who should have been their supportive network were instead coercing them to abort their babies.

One of those teens was Tenisha Copeland. The pressure she endured from family and friends to abort was so intense, it put her in a state of clinical depression, requiring hospitalization. When Tenisha came to Open Door, she did so directly from the hospital.

This young mother flourished in the positive and nurturing environment of Open Door. She learned to trust Jesus and drew close to Him, as well as the staff. In 1997 Annie was there for the delivery of Tenisha’s son, Marquise and even given the honor of cutting the umbilical cord.

Marquise Copeland grew to be a fine young man with an exceptional ability to play football. He earned a full scholarship to play football at – get this – the University of Cincinnati! He was the first true freshman to start on the varsity squad in 15 years. Of all the schools he could have selected, Marquise wanted to play for a university close enough to his mother so she could drive to games.

This young man was also a very good student, earning a bachelor’s degree in accounting in less than four years.

College football gave way to the NFL. Marquise received an invitation to try out for the Los Angeles Rams in 2019 as a free agent. He was placed on the active roster initially as a temporary replacement defensive lineman that turned permanent. In the playoffs Marquise was credited with an important interception that helped propel the Rams to the ultimate football event.

Number 93 is headed to the Super Bowl!

Tenisha continues to live in the Cleveland area with her daughter Jayla and will be cheering her son on as he plays in the most important game of his football career.

The world is full of shining examples like Marquise. People who were written off as worthless lives with no potential. They are living testimonies – some more high profile than others – that God has a special plan for each and every child conceived, regardless of the circumstances.