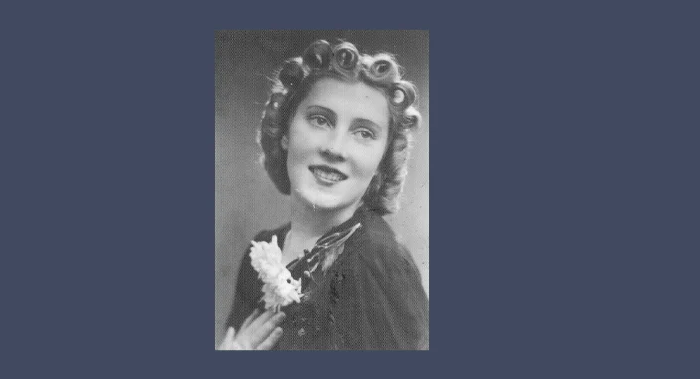 A brave young Polish Catholic risked her life and suffered sexual abuse to save an unborn baby and his Jewish family during the Nazi Holocaust.

Roman Haller, whose mother became pregnant with him while they were hiding, credits the brave young woman with his life.

“Without her, I wouldn’t be alive,” Haller told NBC News.

Gut befriended Haller’s parents, Ida and Lazar Haller, and 10 other Jews while working in a German military washroom during World War II, according to the report.

One day, she said she heard a Nazi officer talking about how the Jews soon would be sent away. Gut knew what that meant. Though she was only 20 years old, she already had experienced numerous horrors herself, including being gang raped and beaten unconscious by a group of soldiers and later forced into hard labor at a factory in Poland, the report continues.

She also had watched the Nazis persecute the Jews and once saw a soldier throw a Jewish baby into the air and shoot it – “something you can never forget,” she said in a 2001 interview.

So, when she learned about the Nazi’s plans, she decided to act. Gut accepted a job as a housekeeper from a German army officer named Eduard Rugemer who had a crush on her, the report continues.

Gut smuggled the Hallers and 10 other Jews into Rugemer’s basement, where they stayed for about two years. After Rugemer left for work for each day, Gut said she would go down to the basement and let out her friends; together, they cooked and cleaned until the officer came home.

They all lived in fear that they would be found out, and the Hallers’ discovery that they had conceived a baby more than a year into their hiding only added to their fears.

After finding out about the pregnancy, [Haller’s] parents asked Gut to help them perform an abortion because a crying baby would endanger all of their lives. But she insisted they have the baby.

When the Nazi officer discovered the Jews in his basement sometime later, Gut made a harrowing bargain: She agreed to become his mistress in exchange for his silence.

“Irena Gut is like a second mother to me,” Haller, now 77, said in a phone interview from his home in Munich. “Without her, I wouldn’t be alive.”

Gut hid the sexual abuse that she endured from her employer, knowing that her Jewish friends’ “honor would never allow them to hold me to this bargain.”

Toward the end of the war, she was able to smuggle them out to a forest to wait for the Polish resistance fighters; it was in that forest where Roman Haller was born, according to the report. Haller said he still does not know the exact date of his birth.

After the war, Gut moved to the United States, married and had a family. She died in 2003, but toward the end of her life, she began to share her story publicly and eventually wrote a book about her experiences.

Greg Schneider, executive vice president of the Claims Conference, which helps Holocaust survivors receive compensation, said stories like Gut’s are powerful examples of how just one person can make a huge difference.

“In Jewish tradition, there’s a teaching, ‘If you save one life, it’s as if you’ve saved the whole world.’ These stories are perfect examples of that,” Schneider said.