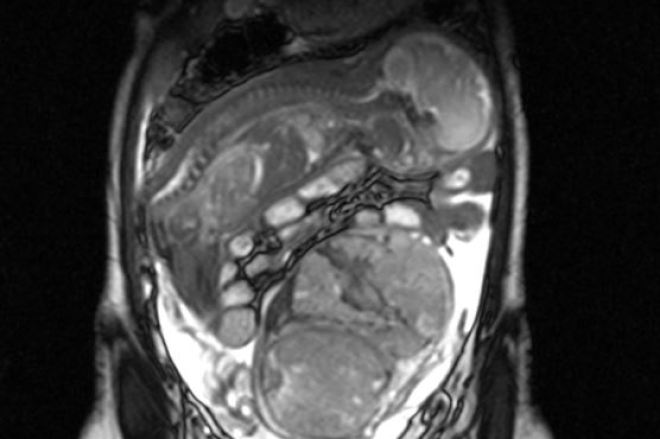 An Iranian mother’s disastrous botched abortion resulted in a happy ending after doctors were able to save both her and her unborn daughter’s lives.

The UK Sun reports the 40-year-old mother from Iran suffered an illegal botched abortion at 14 weeks of pregnancy that perforated her uterus but did not kill her baby girl.

Instead, the unborn baby shifted through the perforation into the mother’s abdomen and continued to grow, according to a case report published in the International Journal of Case Reports and Images.

“This is probably the first case that shows an abdominal pregnancy can result from unsuccessful induced abortion,” doctors wrote in the report.

The woman paid a midwife to do the illegal abortion at her home, according to the report. Afterward, the woman said she suffered severe pain for weeks but she did not go to the hospital because she was afraid of getting in trouble with the law. Most abortions are illegal in Iran.

Her pain lessened, but, for several months, she suffered abdominal pain, vertigo, weakness and loss of appetite, according to the case report.

Eventually, the mother said her pain grew worse again and she went to the hospital. There, the mother underwent emergency surgery at 29 weeks of pregnancy, and doctors delivered her baby girl alive, weighing 800 grams (about 1.8 pounds), according to the case report.

Ultrasound images taken just before the surgery show the baby girl and her amniotic sac were surrounded by her mother’s intestines, according to images published by The Sun.

Had the pregnancy progressed much further, doctors said the mother would have been at “a substantial risk of life-threatening haemorrhage.”

The story has a happy ending because both mother and baby are alive. According to the case report, the baby girl survived, and the mother did not suffer any complications after the emergency surgery; she was discharged from the hospital six days later in “good health.”