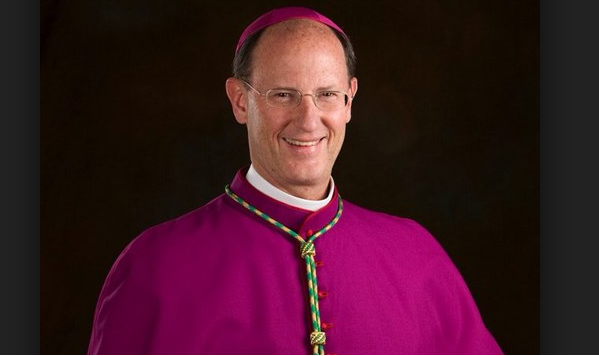 Catholic Bishop James Conley praised another bishop Thursday for taking a courageous stance by telling pro-abortion politicians not to present themselves for Communion.

Conley, who serves the Diocese of Lincoln, Nebraska, said Las Vegas Catholic Bishop George Thomas was both “courageous” and “compassionate” in his recent statement to pro-abortion politicians who profess to be Catholic, Nebraska News 8 reports.

“I commend Bishop Thomas on his courageous stance. His statement was both compassionate and compelling. Let us pray that all people recognize the dignity of every human soul – born and unborn,” Conley wrote on Twitter.

Late last month, Thomas told pro-abortion politicians not to present themselves for Communion in his diocese unless they repent of their actions against unborn babies.

The Nevada bishop issued the statement Jan. 24 in response to a column by U.S. Rep. Susie Lee, a pro-abortion Democrat who professes to be Catholic. Lee wrote in support of a bill that would expand the killing of unborn babies in abortions up to birth and force taxpayers to pay for abortions.

“If a politician from the Diocese of Las Vegas finds himself or herself at odds with the church’s teaching on the sacredness of human life, I ask him or her voluntarily to refrain from the reception of Holy Communion while holding public office,” Thomas responded.

He urged Catholic politicians to examine their hearts and consider the church’s teachings about the dignity of every human life. Thomas also welcomed Lee and other pro-abortion politicians to speak with him privately about the matter.

“We hold that each is fashioned in God’s own image, and therefore, there are to be no throwaway people, no disposable souls, and no second-class citizens,” he said. “… I hold that the unborn child must be counted among the most vulnerable in our midst.”

Other Catholic Church leaders also have told pro-abortion public figures like President Joe Biden and House Speaker Nancy Pelosi, who say they are Catholic, that they should not receive Communion unless they repent. These include Cardinal Raymond Burke, San Francisco Archbishop Salvatore Cordileone, Denver Archbishop Samuel Aquila, Archbishop Charles Chaput and a number of priests.