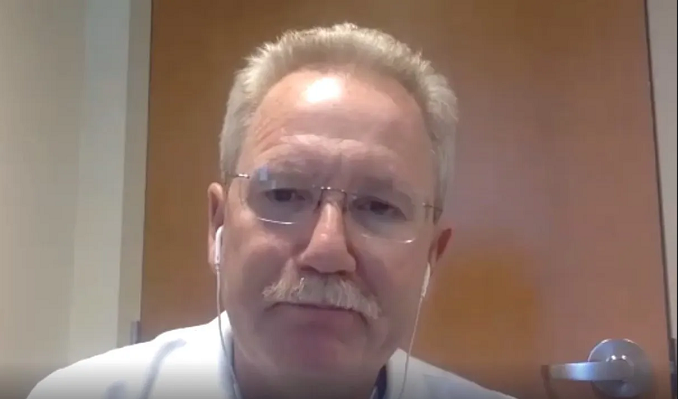 First came the censorship. And now, the jobs.

No longer content to simply suppress opinions, people’s livelihoods now are being threatened for questioning what the powers-that-be deem to be unquestionable.

This week, the Christian Post reports a Hawaiian medical doctor’s medical license is under review by state authorities after he allegedly spread “misinformation” about COVID-19.

Dr. Kirk Milhoan, who also is a pastor at Calvary Chapel-South Maui, recently was mentioned on the popular podcast hosted by Joe Rogan. Milhoan told the Christian Post that his employer did not suspend him, as was claimed on the show, but his medical license is being reviewed to determine if he is still fit to practice.

Milhoan suspects his appearance on a local podcast last year to discuss the COVID-19 vaccine may be the reason why he is being targeted. He said the medical board complaint accused him of spreading “misinformation,” but it never mentioned the specific comments that he allegedly made.

The doctor said he is not anti-vaccine, but he has a duty as a medical professional to describe the risks of any medication, including vaccines, to his patients.

He found out that his medical license was under investigation from a news outlet that called him the same day it went under review. Milhoan, however, said he wasn’t formally notified by health authorities until months later. The news outlet called him in August, he recounted, and he finally received a formal letter from the government in November.

The November letter from the Regulated Industries Complaint Office, which he shared with CP, appeared to be a pre-printed form letter and accused him in a general sense of spreading “misinformation” about COVID-19, COVID-19 vaccinations and the safety and effectiveness of using hydroxychloroquine and ivermectin to treat the respiratory illness.

Milhoan also was accused of prescribing medication “that has not been authorized or approved by the U.S. Food and Drug Administration for prevention or treatment of COVID-19 to a patient to prevent or treat COVID-19, specifically hydroxychloroquine and ivermectin,” according to a second complaint provided to the Post.

But the doctor said the FDA allows physicians to use approved medication “off label,” and ivermectin is safer than Tylenol.

“Given that even the NIH considers ivermectin as a potential treatment for COVID-19, it’s not unreasonable for me to discuss the potential risks, benefits and alternatives of its use, based on this and other publicly available information,” Milhoan told the Post.

He expressed concern about the growing censorship of differing medical opinions during the pandemic, saying his duty is to serve his patients, not the government.

“… in medicine, if I do harm to a patient because I’m serving a governmental entity or an employer or an insurance person, that’s egregious to me,” Milhoan told the Post. “The patient-doctor relationship is paramount. They need to be able to trust me that, as it says in the original Hippocratic Oath that I will basically do nothing to kill them.”