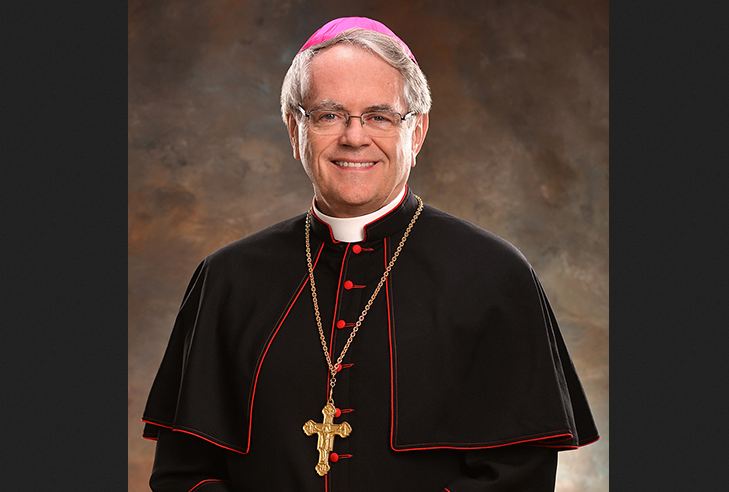 Las Vegas Catholic Bishop George Thomas recently told pro-abortion politicians not to present themselves for Communion in his diocese unless they repent of their actions against unborn babies.

The Catholic News Agency reports the Nevada bishop issued the statement Jan. 24 in response to a column by U.S. Rep. Susie Lee, a pro-abortion Democrat who professes to be Catholic.

“If a politician from the Diocese of Las Vegas finds himself or herself at odds with the church’s teaching on the sacredness of human life, I ask him or her voluntarily to refrain from the reception of Holy Communion while holding public office,” Thomas said.

He urged Catholic politicians to examine their hearts and consider the church’s teachings about the dignity of every human life. Thomas also welcomed Lee and other pro-abortion politicians to speak with him privately about the matter.

“We hold that each is fashioned in God’s own image, and therefore, there are to be no throwaway people, no disposable souls, and no second-class citizens,” he said. “… I hold that the unborn child must be counted among the most vulnerable in our midst.”

Thomas said Lee’s position on abortion “stands in stark contrast to the hallowed moral teaching of the Catholic church” and her understanding of the issue is “highly flawed.”

“Throughout her column, Lee proffers her support for unrestricted reproductive care, without ever mentioning the consequences of her advocacy for the unborn child, over 60 million of whom have been annihilated in the womb since the enactment of Roe v. Wade 49 years ago,” the bishop continued.

Lee, who represents Nevada in U.S. Congress, described herself as a “fierce advocate” for abortion in a January column at the Las Vegas Sun, according to CNA.

“As a Catholic, I have a deep understanding of the moral dilemma that the choice to have an abortion presents. At the same time, the choice to become a mother is an extremely personal one, and that choice should stay between a woman, her family and her doctor,” Lee wrote. “Protecting the right to safe, legal abortion will be an uphill battle, but I will never back down.”

She urged the U.S. Senate to pass a radical pro-abortion bill that would nullify the partial-birth abortion ban and other pro-life laws and force taxpayers to pay for abortions, the report continues.

In response, Thomas asked Lee and other pro-abortion politicians not to receive Communion unless they stop advocating for the killing of unborn babies in abortions.

“I place the onus of that decision upon the individual politician’s shoulders, and not on the backs of Pastors or Eucharistic Ministers,” he said.

Thomas said the Catholic Church does not make any exceptions in its belief that all human beings are unique and valuable gifts from God.

Thomas continued, “This conviction explains the Catholic church’s reverence for unborn life, our care for the hungry and homeless, our investment in comprehensive adoption services, our support for lawful immigration reform, and our advocacy among the poor and vulnerable in the community.”

He also quoted a new document from the U.S. Conference of Catholic Bishops on the Eucharist that warns Catholics against partaking in Communion if they “obstinately” persist in sin.

Earlier, Thomas told the Los Vegas Sun that he believes President Joe Biden also should not present himself for Communion unless he repents of his pro-abortion actions. Biden professes to be a devout Catholic, but his administration has advanced the most radical pro-abortion policies of any president in U.S. history.