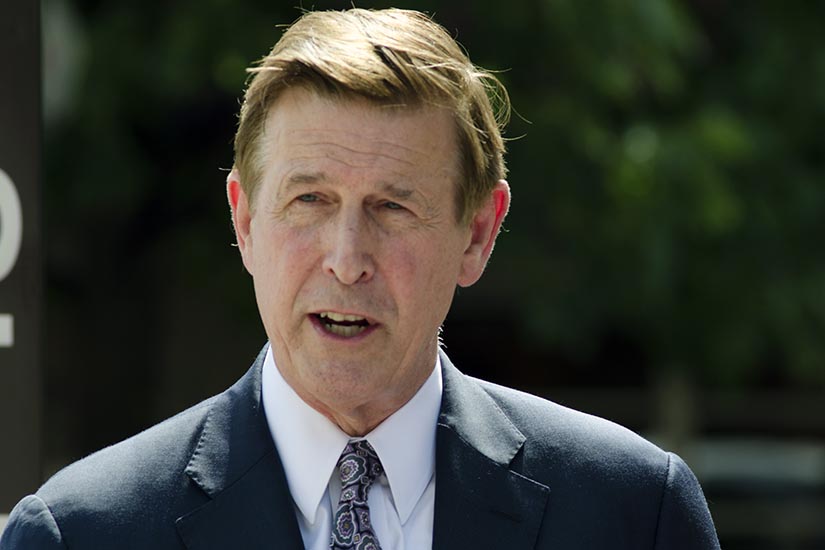 A Virginia congressman argued over the weekend that the unrestricted, legalized killing of unborn babies in abortions is necessary for women to be free.

“Abortion access is key to economic freedom,” Beyer wrote. “… often overlooked are the economic impacts of restrictive laws that limit women’s freedom to choose if and when to have a child.”

He warned that “reproductive rights” are in “jeopardy” because of the Mississippi case Dobbs v. Jackson Women’s Health. Last year, Mississippi Attorney General Lynn Fitch asked the court to overturn Roe and allow states to protect unborn babies again, or, at the very least, let states ban abortions after 15 weeks of pregnancy as most other countries do.

The Supreme Court heard the case in December, and a ruling is likely this summer.

Beyer predicted that the court will overturn Roe, with disastrous consequences for women’s economic well-being.

“Access to safe and legal abortion enables people to make the decisions that are right for them and their financial security,” he wrote. “These decisions have lifelong economic consequences not only for the people directly impacted, but also their families and communities.”

Ignoring that women who have abortions already are mothers, Beyer continued:

Being able to delay motherhood by one year due to access to legal abortion increased women’s wages by 11 percent on average. Access to abortion expanded women’s career opportunities, including higher likelihood of attaining a professional role, by almost 40 percentage points. And studies show that access to abortion increased women’s probability of graduating college by 72 percent. The effect was even larger for Black women, whose chances of completing college nearly tripled.

He claimed that current laws that restrict abortions also hurt local economies, costing “$105 billion per year and suppress[ing] economic growth.” This ignores how the United States has some of the least restrictive abortion laws in the world. He also failed to take into account the major economic and social contributions that the 63 million unborn babies who were killed in abortions under Roe would have made to society.

Later, Beyer even argued that overturning Roe would hurt children.

“After safe abortion was legalized, the percentage of children growing up in poverty decreased and future life outcomes improved, including increased college attendance rates,” he wrote.

Many women do seek abortions for financial reasons, but the solution is not to kill their child before birth. Rather than addressing the root of the problem, abortions only create more by ending the life of a living, unique and irreplaceable human being.

Every year under Roe, nearly 1 million unborn babies are killed in elective, unnecessary abortions. Since 1973, more than 63 million unborn babies have been aborted. If the Supreme Court overturns the abortion ruling, experts estimate as many as 26 states would ban abortions and hundreds of thousands of babies would be spared from violent abortion deaths every year across America.