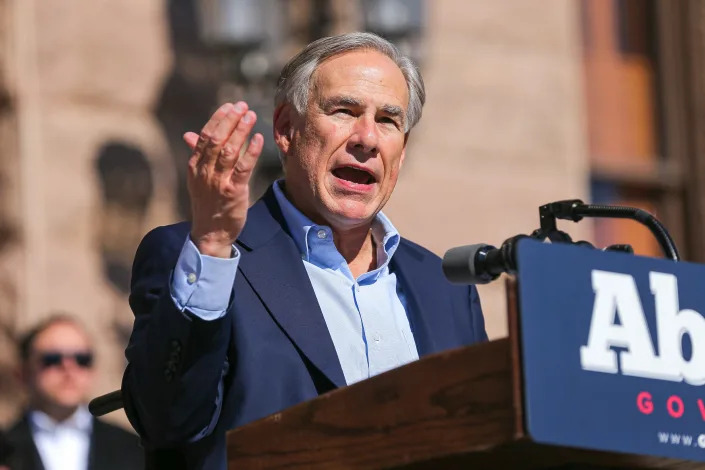 Texas Governor Greg Abbott was the featured speaker at the recent Texas Rally for Life in front of the Texas capitol Saturday, celebrating a new Texas law that bans abortions. The heartbeat law has saved thousands of babies since it first went into effect in September, making Texas the first state to successfully ban abortions.

The governor said he was delighted to sign the abortion ban into law.

“There’s no freedom more precious than life itself,” Abbott told the enthusiastic crowd of several thousand pro-life advocates. “I promised to protect the life of a child with a heartbeat, and we did,” Abbott said. “I am proud to join you in this fight to protect the sanctity of life, and we did.”

“I am proud that Texas is stepping up and providing $100 million for alternatives to abortion programs to support expecting mothers in need,” he said.

On Friday, the Texas abortion ban will have been in place for 150 days — saving thousands of babies from abortions. And the unique pro-life law will stay in place for at least another month as the Texas Supreme Court today scheduled oral arguments for the case abortion companies filed against it.

The pro-abortion lawsuit has been to the Supreme Court twice and a federal appeals court moved it to the Texas Supreme Court this month. Today, the state’s highest court scheduled a hearing for February 24 — meaning the abortion ban will stay in place at least until then.

As the Dallas Morning News reports: “The Texas Supreme Court announced that they set Feb. 24 for oral arguments in a challenge to the state’s Senate Bill 8 abortion law as the court considers a question about enforcement of the nation’s most stringent restrictions.”

For the second time in two months, the Supreme Court rejected a request from Big Abortion to help it overturn the Texas abortion ban that protects unborn babies with beating hearts.

In a 6-3 ruling January 20, the nation’s highest court rejected a request from Texas abortion companies to move their lawsuit from the Texas Supreme Court and place it in the hands of a federal judge that would overturn the ban. All of the Republican appointed justices voted in the majority against Big Abortion while each of the three liberal justices voted with the abortion businesses.

In the unsigned opinion, the Supreme Court rejected a request for an order directing the 5th Circuit federal appeals court to send the case back to U.S. District Judge Robert Pitman.

In a victory for the Texas abortion ban in early December, the Supreme Court allowed the pro-life law to continue saving babies from abortion and it dismissed Joe Biden’s lawsuit against it. It also rejected the Texas pro-abortion groups’ request to temporarily block the law while their legal challenge continues through the courts. While the high court ruled that the Texas abortion businesses may continue with their lawsuit, it also watered down their case by allowing them to sue state licensing officials but not the state judges and clerks who are charged with handling lawsuits spurred by the law.

Then, earlier this motnh, the 5th Circuit moved the case to the Texas Supreme Court, where pro-life groups say it’s more likely to receive a favorable ruling upholding it long-term.

“The unresolved questions of state law must be certified to the Texas Supreme Court,” wrote Judge Edith Jones, an appointee of President Ronald Reagan, in an opinion joined by Judge Stuart Kyle Duncan, who was appointed by President Donald Trump.

“With no limit placed by the Supreme Court’s remand, this court may utilize the ordinary appellate tools at our disposal to address the case—consistent with the Court’s opinion,” Jones wrote.

The statewide pro-life group that has been fighting for the ban applauded the decision.

“The U.S. Court of Appeals for the Fifth Circuit certified the Supreme Court of Texas to take over Whole Woman’s Health v. Jackson, the one remaining federal lawsuit challenging the Texas Heartbeat Act,” Texas Right to Life officials informed LifeNews.

“This is great news for Texas because such action is more likely to ensure a just and favorable ruling, compared to that which could be expected from a pro-abortion federal district judge, to whom the abortion industry asked to send the case. Beyond this, sending the lawsuit to the Supreme Court of Texas is appropriate because the only defendants left in the case are state agencies,” the pro-life group added. “Most exciting of all is that the Texas Heartbeat Act has withstood another court decision and is continuing to save an estimated 100 preborn lives every day!”

The Texas heartbeat law bans abortions when an unborn baby’s heartbeat begins and it has saved as many as 10,000 unborn babies’ lives so far.

A Fifth Circuit Court of Appeals panel considered the two sides’ arguments earlier this month involving the unique private enforcement mechanism in the law and the court that should be next to consider the case. Abortion activists want the case to be sent back to a federal judge who previously blocked the law, while Texas health officials want the Texas Supreme Court to hear it next. Pro-abortion groups were angry when the U.S. Supreme Court refused to block the law in December and sent it back to the Fifth Circuit, instead of U.S. District Judge Robert Pitman.

At this point, the court battle is not about the abortion ban itself but the private enforcement mechanism that allows private citizens to sue abortionists who violate the ban on abortions once an unborn baby’s heartbeat is detectable.

Though the legal wranglings are complex, Texas Right to Life pointed out that abortion activists’ goal is simple: Convince a court to block the law.

“Beneath the abortion industry’s legal maneuvers is deep desperation to move quickly to stop the law,” the pro-life organization responded Friday after the hearing. “Abortionists recognize that they are running out of time with an impending decision from the U.S. Supreme Court in Dobbs v. Jackson Women’s Health that could overturn Roe v. Wade.”

Since Sept. 1, the heartbeat law has stopped almost all abortions in the state. Texas Right to Life estimates as many as 100 unborn babies are being spared from abortion every day. And if the law remains in effect much longer, many Texas abortion businesses may close.

Abortion advocates have slammed the courts every step of the way in the legal battle, including griping about the high court’s decision.

“The Supreme Court left only a small sliver of our case intact, and it’s clear that this part of the case will not block vigilante lawsuits from being filed,” Marc Hearron, a lawyer with the Center for Reproductive Rights, told the AP at the time. “It’s also clear that Texas is determined to stop the plaintiffs from getting any relief in even the sliver of the case that is left.”

Texas abortion businesses admitted a likely defeat as well. They essentially have no way to stop Texas citizens and pro-life groups from filing lawsuits against them, abortionists and abortion staff who help abort unborn babies in violation the law.

A recent study from Texas Policy Evaluation Project at the University of Texas at Austin the found that, in just the first month, abortions in Texas went down 50 percent. Since then, Texas abortion facility directors have reported even bigger drops in their abortion numbers, as high as 80 percent compared to the previous year, according to the Texas Tribune.

The heartbeat law has the potential to save tens of thousands of unborn babies from abortion every year. In 2020, about 54,000 unborn babies were aborted in Texas, and about 85 percent happened after six weeks of pregnancy, according to state health statistics.