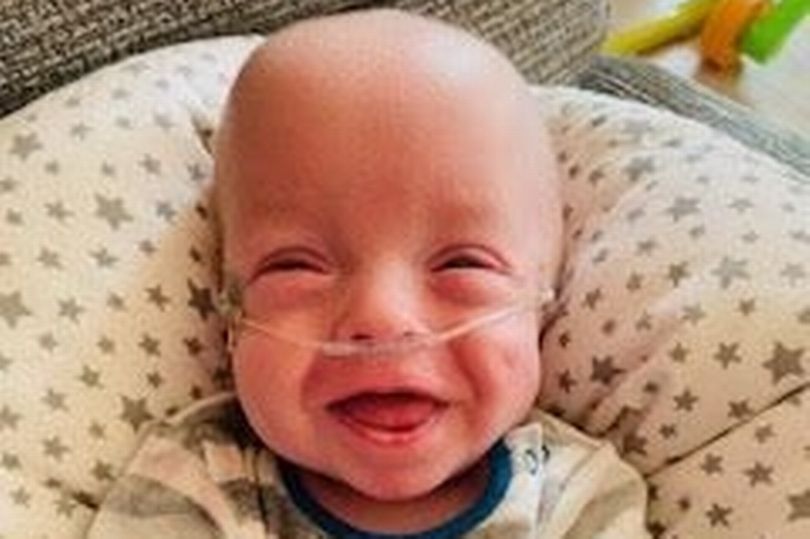 A mother whose waters broke at 19 weeks managed to give birth to her son 11 weeks later and, despite months in hospital, he’s now at home with his family.

Baby Chester was born at 30 weeks gestation, weighing only 834g, in the middle of a national COVID-19 lockdown. He couldn’t breathe unaided, was diagnosed with chronic lung disease and spent 113 days in hospital. Chester is now thirteen months old and getting stronger every day.

For Chester’s mum, Ann Rice, the drama started many weeks before her son was even born. In the middle of the night on 8 October 2020, just a day before her 20-week scan, her waters broke.

“You’ve got a 1% chance of the baby surviving the week”.

The 36-year-old mother of three said: “I didn’t even know it could happen, I never knew that you could break that early, and you could still continue the pregnancy”.

Before going to the hospital, she spoke with out-of-hours doctors. They told Ann that she would likely suffer a miscarriage.

“They said, ‘look there’s nothing we can do – if it was your waters then nature will take its course and you’ll miscarry’”.

When at the hospital, a doctor said, “you’ve got a 1% chance of the baby surviving the week”. This was then followed up by another doctor who advised her to terminate because there was a risk to her life if she got sepsis.

Doctors told Ann that she had suffered from PPROM – preterm premature rupture of membranes – a condition where the amniotic sac surrounding the baby breaks before the baby is carried to term.

After speaking with her husband Christopher though, they decided that if there was a chance, they needed to continue. They were told that if their baby was born before 24 weeks, then doctors would not intervene to save the baby’s life. Ann was sent home with antibiotics and was monitored weekly.

“It was one step forward and then 10 steps back…”

Amazingly, 11 weeks later, in the middle of a national lockdown, Ann began having contractions and Chester was born on 23 December 2020 in the early hours of the morning.

As his lungs were underdeveloped, Chester weighed and appeared the same as a baby born at about 24-25 weeks, rather than 30. His mum, Ann, said:

“He was so critical for so long, because he was so small. The emotional roller coaster of that is unbelievable […] It was one step forward and then 10 steps back, so you think oh he’s doing really well, and then all of a sudden something will happen, another infection, and he was right back on antibiotics and be back in intensive care”.

Chester remained in the hospital for 113 days. During this time his parents could only visit separately, excluding on Christmas Day when the two were allowed to visit for two hours together, due to the lockdowns.

In April of last year though, Ann and Christopher were finally able to bring Chester home to meet his two brothers. Even though Chester is currently on oxygen 24 hours a day, he is expected to come off it slowly as he grows stronger.

Ann wants to spread awareness about pregnancy complications in the hope that mothers will be more informed than she was. She said: “It’s very scary to be put in that position, I know the doctors have to be very straight about the chances, but for us, a one percent chance was still a chance”.

“He’s proof that, yes, nine times out of 10 they’re born early and there can be issues like Chester’s lungs which are underdeveloped, but we had that hope that it can happen and not to give up”.

“If I had listened to Doctors and not taken the day to research it and look into it myself, I would assume a lot of people would go for the option of terminating, but there is hope”.

Right To Life UK spokesperson, Catherine Robinson, said: “The hope that Ann and her husband had through this truly difficult period is an inspiration to all of us, and we wish all the best to the whole Rice family, and especially Chester and Ann as they continue to recover and adjust to life at home”.

“This story, like countless others, reminds us of the tremendous medical progress we’ve made in recent years, and our ability to help and protect life even at its earliest stages and through the most difficult of circumstances. It is very much a shame then, that this medical advance has not been reflected in our country’s abortion law, which allows abortion up to birth for children with disabilities”.