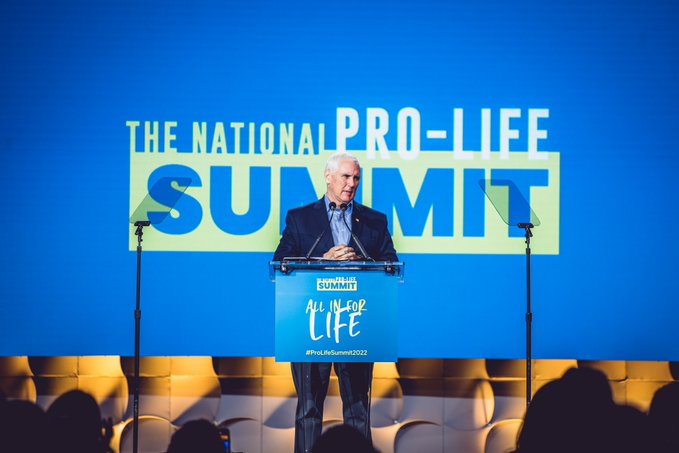 Pence said Planned Parenthood “shamelessly builds” on Sanger’s racist views. The founder of the abortion company was a notorious racist, saying she viewed black people as “human weeds” to exterminate.

He said abortion is “being used as a tool of eugenics for the elimination of children of the wrong sex or race or those suffering with disability.”

“Today, more than two-thirds of all babies with Down syndrome in the United States are killed in their mothers’ womb. This must end,” Pence said, calling Sanger’s legacy “abject racism.”

“According to a new report at the Center for Urban Renewal and Education … Planned Parenthood has strategically located 79 percent of its abortion clinics in black and Hispanic neighborhoods,” Pence said. “And despite being less than one-third of the U.S. population, blacks and Hispanics account for nearly two-thirds of all abortions performed. For liberty and justice for all, we must end abortion in America. We must stand with every American of every race and creed and color in their right to life.”

But Pence had an optimistic pro-life message for the thousands of pro-life students in attendance, saying he thinks the Supreme Corut will overturn Roe v. Wade.

“I believe with all my heart that we will send Roe v. Wade into the ash heap of history and we will give the American people a new beginning for life,” he said.