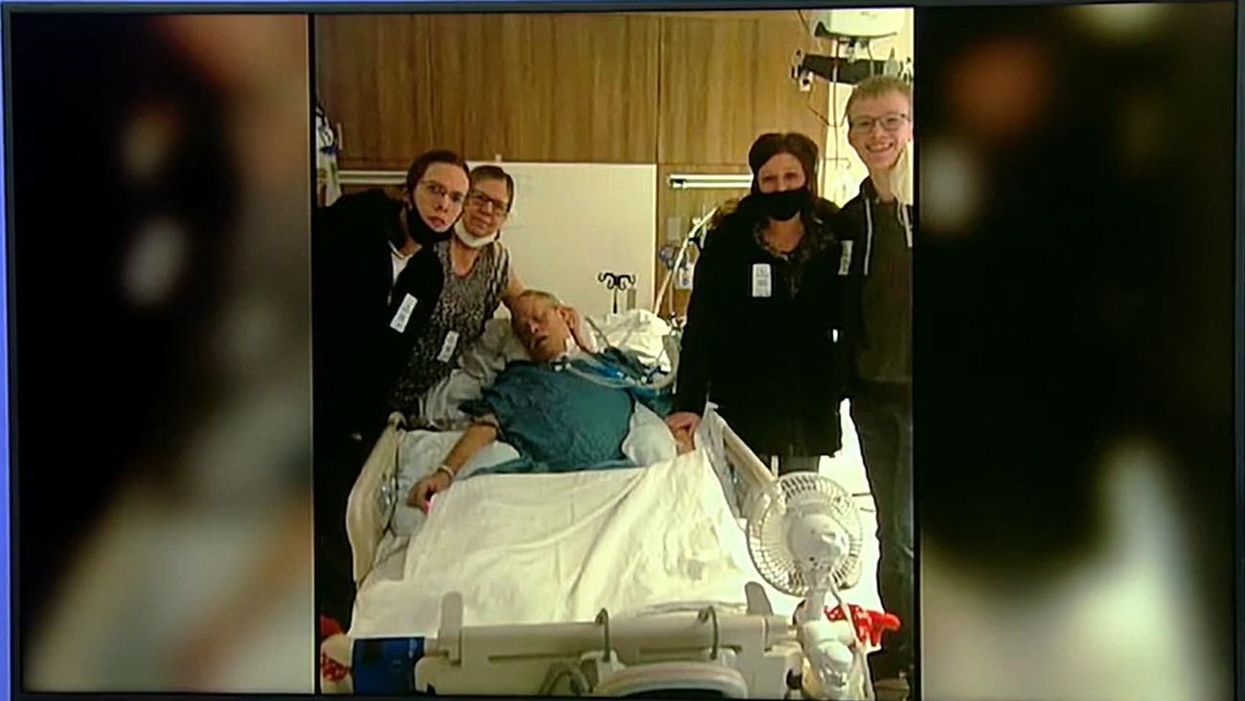 Anne Quiner believes her husband, Scott, who was not vaccinated for COVID-19, nearly died because of the discriminatory treatment he received at a hospital in Minnesota.

However, after being transferred to a Texas hospital last week, Scott Quiner finally is showing signs of improvement, his wife told conservative radio host Glenn Beck on Thursday.

“What we are showing the world is that Scott was near death because of the protocols used in that [Minnesota] hospital, but now he is recovering,” Marjorie Holsten, the family’s lawyer, told Beck. “He is getting better. … Now, we’re not planning a funeral. We’re planning for his release.”

According to The Blaze, Scott Quiner tested positive for COVID-19 in late October and eventually was placed on a ventilator at Mercy Hospital in his home state of Minnesota.

Later, Anne Quiner said she found out that the doctors wanted to remove her husband from the ventilator, which would have ended his life. So, she said she took legal action, asking the court for a restraining order against the hospital until she could find another facility willing to care for Scott, according to the report.

“It was absolutely stunning,” Holsten told Beck. “[Anne] came in and she has this order, I saw the screenshot from the [online medical] chart that said he is basically scheduled for execution at noon the following day.”

Holsten said the hospital told them that their desire to keep Scott alive was “not supported by medical science or Minnesota law. As a result, Mercy will ask the court to issue an order that Mercy has the authority to discontinue Mr. Quiner’s ventilator and proceed with his medical care plan.”

She said the hospital gave them very little time to act.

“The ‘medical care plan’ was the plan to discontinue the ventilator at noon, which leads to death very shortly,” Holsten continued. “So that was at 10 o’clock, but then at 11 o’clock, before the 12 o’clock execution, the judge did, in fact, sign an order saying the hospital is restrained from pulling the plug.”

Anne Quiner found a hospital in Texas that was willing to care for her husband, and, last weekend, he was transferred there, she told Beck. After the Texas doctors examined Scott, they were shocked to find that he was extremely malnourished, she said.

“The doctor spent two hours with Scott and when he came back out, he said, ‘I don’t know how he even made it, how he even survived that other hospital … but I will do everything I can to try to save his life,’” Anne Quiner said.

Now, she said her husband is improving and she hopes he eventually will be well enough to go home again.

Find a fundraiser to help the family here.