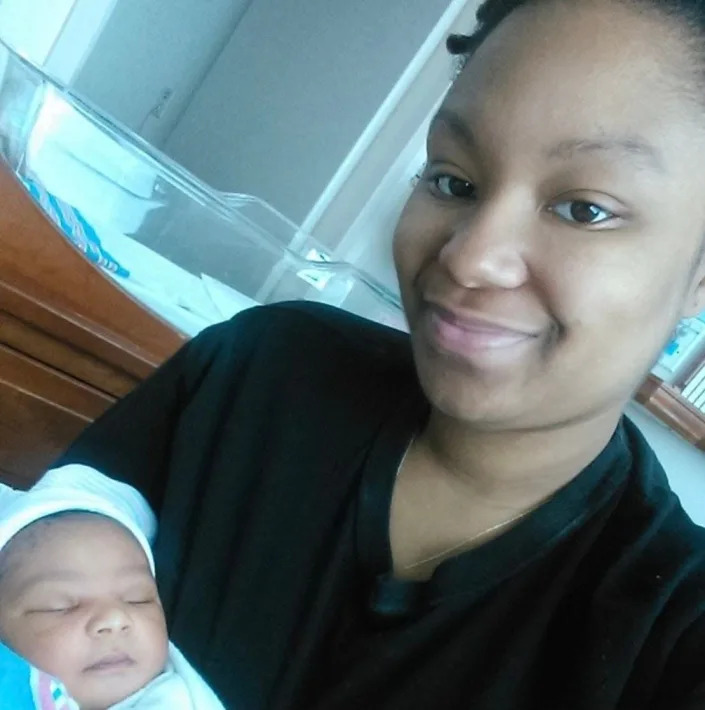 Mikaela Kook’s and Shawnte Mallory’s stories have happy endings thanks to Mary’s Shelter in Virginia.

In a powerful column at USA Today, the two mothers shared how they felt pressured into aborting their unborn babies but, because of the pro-life maternity home, were empowered to choose life.

“Abortion was used as an excuse to avoid helping us, but choosing life and getting connected to support set us on a positive trajectory that otherwise wouldn’t have existed,” they wrote. “Every life is valuable – including our lives and our babies’ lives.”

Just 18 years old and starting college, Mikaela was told she had a bright future ahead – until she found out she was pregnant.

It was 2020 and she was living with her parents in Virginia. When they found out, she said her father got angry and gave her an ultimatum: Have an abortion or find another place to live. Her boyfriend refused to let her live with him either unless she had an abortion, she said.

“My mother … wanted to help me, but didn’t have the resources on her own. I had nowhere to turn,” Mikaela said.

Faced with pressure and fears, Mikaela said she did go to an abortion facility, but she could not go through with the abortion. Then, her mother helped her find Mary’s Shelter.

Mikaela lived at the maternity home for about a year until after her baby girl was born, though some mothers stay up to three years. Now, she is back in college, and her father and her baby’s father both had a change of heart.

“Today, I’m grateful to say I have reconciled with my father who adores his granddaughter,” she said. “And the baby’s father is supportive and he loves his daughter. I love being a mom and I am attending college, with the goal of becoming a history teacher after graduation.”

Shawnte was pregnant with her third child when she first found Mary’s Shelter in 2014.

Homeless at the time, she said she did not have family support either. Her mother scheduled an abortion appointment for her, and her baby’s father told her to have an abortion and then abandoned them all.

“I didn’t know how I was going to afford another child,” she remembered.

Then, a health care worker told her about Mary’s Shelter. Shawnte and her children lived there until she found a job and was able to support them. Though she continued to struggle for years afterward, she said the pro-lifers with Mary’s Shelter always were there to help.

“As the years passed I fell into difficult circumstances several times because of abusive relationships, subsequent lack of employment and different things life threw at me – but my maternity home was always there whenever I needed help,” she said.

Today, Shawnte is studying to obtain a degree in theology and working in ministry in Washington, D.C.

Both Shawnte and Mikaela emphasized the need to support pregnant mothers because so many are pressured into aborting their unborn babies.

“While many of our friends and loved ones told us abortion was the answer, it turned out we just needed support to make a truly free decision. We said yes to hope,” they wrote.

Though choosing life for their babies was difficult, Shawnte and Mikaela said it was the right thing to do.

“They make us better and give us the strength to persevere through adversity even when we feel like giving up,” they continued.

They encouraged mothers in need to seek help. Pro-lifers run an estimated 300 to 400 maternity homes and 3,000 pregnancy resource centers in the U.S. According to research by the Charlotte Lozier Institute, these centers served about 2 million people and provided $266 million in services in 2019.

“In our experience, the pro-life movement is about so much more than ending abortion; it is about supporting and caring for women society would rather reject,” Shawnte and Mikaela wrote. “Women should know that abortion isn’t their only option, and that there are resources out there to support them. Our stories are evidence that choosing life not only saved our babies, choosing life saved us.”