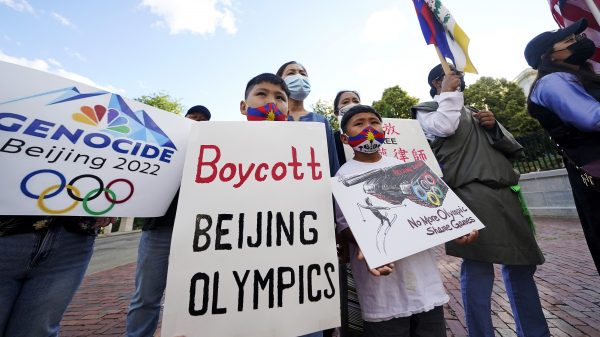 Operation Rescue is calling for the 2022 Beijing Winter Olympics to be delayed, then relocated to another nation due to China’s refusal to halt human rights abuses, including forced abortion and genocide, and their threats of a military takeover of Taiwan, a U.S. ally. It has become known as the “Genocide Olympics.”

Now, with reports surfacing of a viral outbreak of unknown origin that has led China to close a major port, lock down millions of people, and impose travel restrictions that are preventing U.S. Citizens from leaving the country, those calls for a postponement of the Winter Olympics even more urgent.

The 2022 Winter Olympics are scheduled to run from February 4-20 in Beijing, China.

“We have always supported moving the Beijing Winter Olympic Games because of China’s abysmal record of genocide, forced abortion, and other human rights violations.  We also oppose its plans to use its military to invade Taiwan, which could set off a broader war,” said Operation Rescue President Troy Newman.  “However, news has surfaced in the past few days of a new virus rampaging through China that could endanger athletes and all others involved in the games.  We are calling on the International Olympic Committee to not only delay the Winter Games but also move them to another nation where athletes and attendees are not at risk of contracting whatever reportedly has as many as 56 million Chinese on lockdown.”

Most news services have primarily attributed the mass lockdowns and other restrictions to the Omicron strain of COVID-19, but considering the mild nature of Omicron, that notion strains credibility.

Others are alerting that there could be a new “Ebola-like hemorrhagic fever” that is sweeping through China in advance of the Winter Olympics.

Dr. Robert Malone, inventor of the modern mRNA vaccines, was interviewed earlier this month on Steve Bannon’s program, War Room, where he made the following statement:

They are using the language that this is a hemorrhagic fever virus. If that’s the case, then it would be very odd that this is something that would be caused by a coronavirus. That terminology is usually used for viruses in the family of Marburg and Ebola. . . So, this is something that many people have feared, is the development of a rapidly spreading Ebola-like hemorrhagic fever virus. But we have not knowledge of whether that is going on here or not.”

“The Chinese Communist Party has never been known for their transparency.  We aren’t sure what is really happening there outside the fact that a viral infection is causing mass lockdowns and disruptions to trade and travel,” said Newman.  “But what we do know is that the Chinese Communists will use these games for propaganda purposes as China prepares for war with Taiwan, forces abortions on women, and is committing genocide on the Uyghurs — all while the world continues to grapple with the effects of China’s COVID-19 and its variants.  China’s bad behavior and unwillingness to initiate meaningful reform should not be rewarded with the international spotlight of the Olympic Games.  U.S. participation unacceptably gives tacit approval to China’s abuses of humanity.  The current U.S. administration’s weak and contradictory handling of this controversy is a national embarrassment that only strengthens an malevolent China.”

The Biden Administration announced a “diplomatic boycott” of the 2022 Olympic Games on December 6, 2021, but just days later on December 27, it awkwardly admitted that the U.S. State Department had requested at least 18 visas so American diplomats could attend the Games.