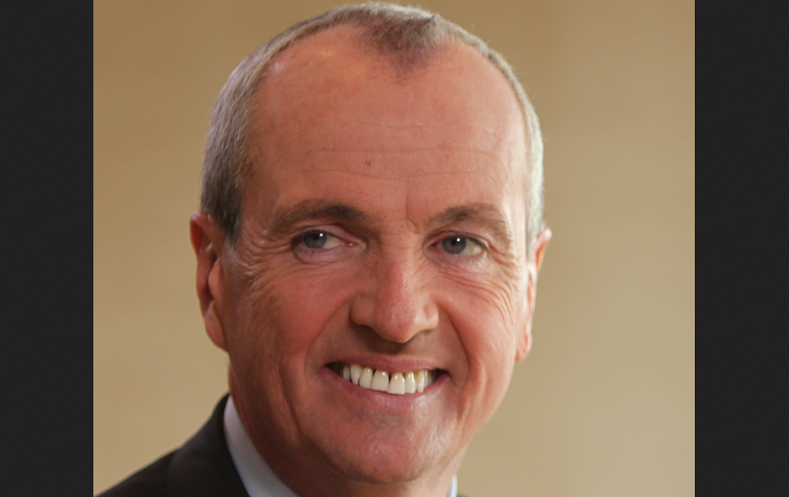 Yesterday, New Jersey Governor Phil Murphy signed into law a bill that makes killing babies in abortions a “right” in the state and allows abortions up to birth. As a Catholic, Governor Murphy is coming under fire from Catholics who say he totally violated the pro-life principles of the Catholic Church, of which he claims to be a sincere follower.

In a new statement, Murphy defends his decision to sign the radical pro-abortion bill and says it squares with his Catholic faith and dedication to promote parenthood — even though parenthood is destroyed in an abortion. He wants Catholics to “respect” his decision and the decision to kill babies in abortions, even though abortions permanently destroy a unique human being and forever end any decisions they would ever make.

“To those on the other side of this issue – and there are many overwhelmingly well-intentioned people, many of whom by the way have reached out to me directly – I hope that we can come together in the greater calling of our faiths to make parenthood an easier, safer and healthier choice for anyone or any family in search of support,” Murphy said. “We can each hold our own personal, deeply felt views and still respect each individual’s ability to make their own decisions.”

Murphy relies on a dissident Catholic priest who ignores Catholic pro-life teachings and supports abortion. Instead of relying on Catholic doctrine, papal statements or his own Catholic bishops, he justifies his decision to sign the bill for abortions up to birth based on one priest.

“Last week, Rev. Pat Conroy, a Jesuit priest who served as chaplain for the House of Representatives for 10 years spoke to the Washington Post about being pro-choice and Catholic, as I am,” the governor said. “And he said, and I quote Father Conroy, ‘A good Catholic in our system could be saying given women in our system have this constitutional right, our task as fellow Christians or as Catholics is to make it possible for her to optimize her ability to make the choice.’”

“My own journey and evolution on this issue has not been easy and is one that through great reflection has landed on ultimate respect and trust for others,” Murphy said. “Respect especially for those with limited means for whom restrictions on access to reproductive health care has the most devastating effect, and trust that each of us is our own best judge and advisor.

“To be sure I have leaned on my faith to inform and enhance many of my most deeply held values,” he said. “And as I said, this one has been a hard one for me. Yet I would be running afoul of those very same values if I used my personal faith to deny services, especially health services, to those who reach different personal conclusions through their own faith. I cannot allow that to happen, and I will not.”

In comments to LifeNews.com, Father Frank Pavone of Priests for Life said Murphy can’t defend his Catholic faith on the violence of abortion.

Governor Murphy’s rationalization — as that of Fr. Conroy — calls an act of violence a “value,” considers bloodshed just a matter of “belief” and exchanges the protection we owe our children for a “choice.”

Murphy, Biden, Pelosi, Conroy, and many others like them talk as if it isn’t a self-evident truth that you don’t kill babies and you don’t let others kill their babies. No discussion after that is necessary. It’s self-evident. No references to “values” or “faith” or Thomas Aquinas can undo the obvious error of permitting such an act.

You don’t build faith on violence.

Marie Tasy, the director of New Jersey Right to Life, told LifeNews this is a “shameful legacy” for a supposedly Catholic governor to leave.

“By signing a bill that enshrines abortion into law with no gestational limits, Governor Murphy signed the death warrant for thousands of innocent children. The heavy handed abuse of the legislative process and backroom deals that were employed to get this bill passed display arrogance, disrespect for the public, and will carry a shameful legacy for this Governor and the politicians that sponsored and voted for this egregious bill,” she said.

The state’s Catholic bishops are also critical. They expressed “profound disappointment and deep concern” about the legislation.

“We have failed as a society when a response to any pregnancy is fear rather than joy,” the seven New Jersey prelates said in a joint statement. “Sadly, too often this fear is born out of the mother’s uncertainty that she will not be able to provide for herself and her child the resources necessary to live a flourishing life.”

“We must do better,” the statement continued. “Therefore, we urge all Catholics and people of good will to actively participate in breaking down the economic, employment, social, racial, and emotional barriers that lead mothers into thinking abortion is a better option than life.”

The seven bishops of New Jersey are Cardinal Joseph Tobin of Newark, Bishop Kevin Sweeney of Paterson, Bishop David O’Connell of Trenton, Bishop James Checchio of Metuchen, Bishop Dennis Sullivan of Camden, Bishop Kurt Burnette of the Eparchy of Passaic, and Bishop Yousif Habash of Our Lady of Deliverance of Syriac Catholic Diocese.

The prelates charge that the New Jersey lawmakers who voted for the bill “rushed through this Act in the waning moments of their terms” because they “did not want citizens to understand fully its inhuman and lethal consequences.”

They also re-emphasized the Church’s commitment to helping pregnant women.

“The Catholic Church is committed to broadening and increasing awareness about the abundant resources and programs we offer that include life-affirming health and prenatal care, emotional support, assistance in bearing and raising her child, and basic needs such as housing, food, and clothing to pregnant mothers seeking or considering alternatives to abortion,” the bishops’ said.