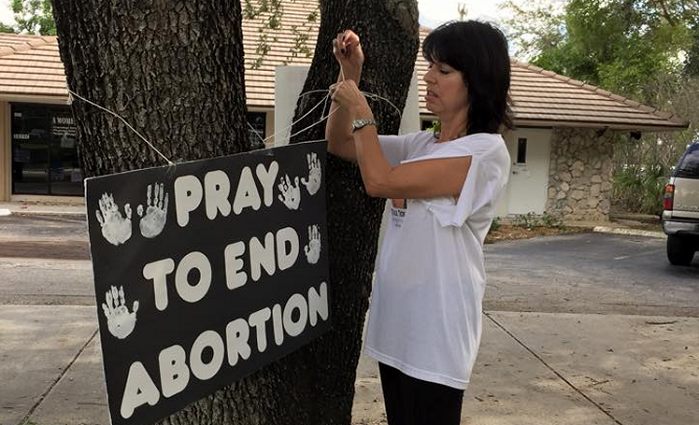 The U.S. Catholic bishops are encouraging Americans to dedicate nine days this January to praying for the end to Roe v. Wade and the killing of unborn babies in abortions.

The “9 Days for Life” novena, which begins Jan. 19, coincides with the 49th anniversary of the infamous U.S. Supreme Court ruling and the national March for Life in Washington, D.C., according to Breitbart.

A project of the U.S. Conference of Catholic Bishops Office of Pro-Life Activities, the prayer campaign asks God to end “the tragic practice of abortion,” which “rejects the truth that every life is a good and perfect gift, deserving protection.”

Since 1973, more than 63 million unborn babies have been aborted in America, including about 1 million annually. Because of Roe and later Planned Parenthood v. Casey, states are forced to legalize abortions for any reason up to viability.

Last year, however, pro-life advocates’ hope grew stronger after the high court heard a major abortion case out of Mississippi that directly challenges Roe. A ruling on the case is expected in June.

In the bishops’ call to prayer this month, they lamented how the Supreme Court has allowed the killing of unborn babies in abortions to go on for so long.

“Our laws should — first and foremost — protect life,” they wrote. “But our highest Court does not recognize children in their mothers’ wombs as persons and claims that abortion is a constitutional right.”

They pointed out how deeply abortion has harmed society – not just unborn babies, but also mothers and fathers, grandparents and siblings.

“This violent practice ends the life of a human being at its very beginning and horribly wounds all those involved,” they said. “Countless children’s lives have been ended by abortion, and countless parents and family members suffer guilt, grief and regret—often in silence.”

In materials for the prayer campaign, the bishops said sin has blinded many people to the value of human life.

“When we, like Cain, allow sin to find a place in our hearts, we become blinded to the truth,” they said. “Sometimes this blindness might be so deep that we fail to recognize the undeniable humanity of unborn children. We may even tragically believe the lie that abortion is an act of compassion.”

Yet, God also can forgive the greatest of sins, including the killing of an unborn child, the bishops said.

More information about “9 Days for Life,” including daily prayers and suggested activities to build a culture of life, may be found here.