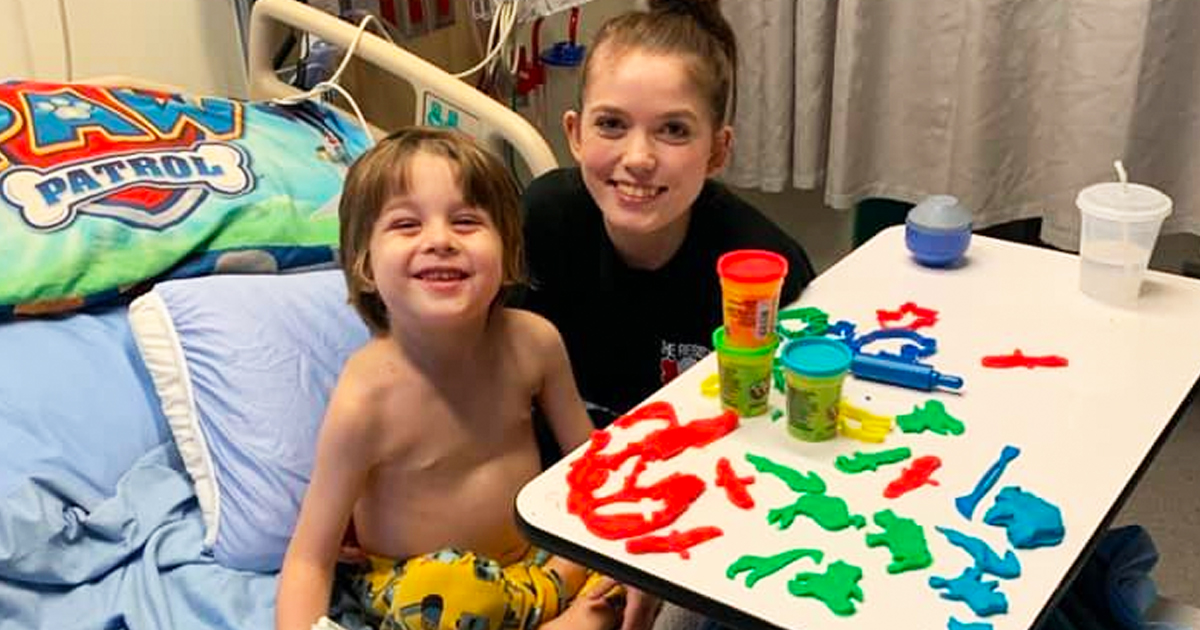 A family in British Columbia says they’re being evicted from a Vancouver Ronald McDonald House, where their four-year-old son is staying while undergoing treatment for leukemia, because they aren’t vaccinated against COVID-19.

According to a video now going viral on social media, Austin Fergason can be seen holding up a notice he says he was given by the facility, a charity that provides a temporary home to pediatric cancer patients and those with other serious illnesses free of charge while they’re being treated at local hospitals. The page-long missive states that beginning January 17, all patients, attending family members, and visitors over the age of 5 must be vaccinated against COVID or they will be evicted from the facility.

“Beginning January 17, 2022, everyone five years and older who are working, staying or visiting our facilities (both the House at 4567 Heather St. Vancouver and at the Family Room in Surrey Memorial Hospital) must show proof of full vaccination (two doses), in addition to completing our existing screening, unless an Accommodation has been sought and has been explicitly approved and granted by RMHC (Ronald McDonald House Charities) in writing,” the notice reads.

The Ronald McDonald House in Canada will evict all tenants, adults and children over the age of five, who are not vaccinated by the end of January.

The father of a young boy with leukemia responds.

“This is some kind of crazy evil like I’ve never seen in my life.” pic.twitter.com/MQaoegqSKo

The policy, which includes a “grace period” for patients and their families to get at least one dose of the vaccine before January 31, mandates that adults and teens over the age of 12 scan their “vaccine passports” at the front desk for their records.

Fergason then confronts a Ronald McDonald House administrator on camera, asking them if this means that he and his wife – and their sick four-year-old son – will be evicted if they don’t get vaccinated. The woman confirms the new policy, saying if was a decision made by the facility’s board of directors.

“This is some kind of crazy evil like I’ve never seen in my life,” Fergason tells her in the video, while his son plays on the floor.

Fergason told True North News, a Canadian independent news outlet, that he and his family all have other vaccines, but that they haven’t gotten the COVID shot out of safety concerns and don’t believe it should be given to children who don’t typically suffer from the disease. While the new policy doesn’t apply to their son at the moment, it will after his fifth birthday.

The new rules have left Fergason and his family searching for a place to live while their son continues his treatment, which they hope will be finished by June.

“No matter what people’s beliefs are, everyone donates to this place because everyone wants to save dying kids,” he told the independent news outlet. “If there was anything left to unite our country, this would have been it. And still, they find a way to segregate us and divide us even more.”

“I’m broken inside for our country just how fast this has accelerated.”

The notice letter given to Fergason states the new rules are to protect the “infection and transmission” of COVID among “vulnerable populations.”

Health officials in the U.S., including CDC Director Rochelle Walensky, have already confirmed that the vaccine does not prevent the transmission and spread of COVID, which would be the only logical reason to require that those staying in a medical housing facility be vaccinated to prevent giving the disease to vulnerable, immune-compromised patients.

And, while the Ronald McDonald House’s new policy requires patients and their families to have received a two-dose vaccine regimen for admission to the facility, Pfizer CEO Albert Bourla said this week that two doses of his company’s vaccine “offers very limited protection, if any” from COVID, saying people need at least three doses to avoid serious illness and death – and, even then, are still able to catch and spread the virus to others.

ACTION ALERT: Contact the Vancouver Ronald McDonald House at (604) 736 2957 or [email protected] to complain. You can help the family by going here.