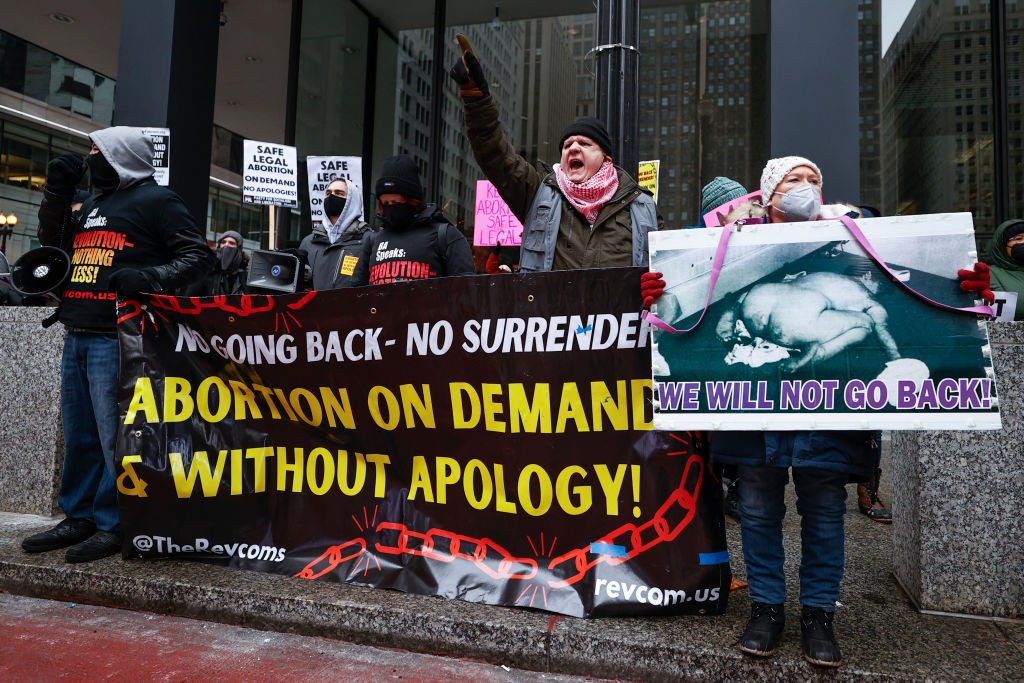 Antifa radicals shouted obscenities at pro-life advocates who were marching for the rights of unborn babies Saturday at the Chicago March for Life.

The annual pro-life march draws thousands of people to downtown Chicago every January to protest Roe v. Wade and call for the protection of unborn babies and their mothers from abortion. They gather at the Federal Plaza for a rally with pro-life speakers and then march down Michigan Avenue in a peaceful display of opposition to the killing of unborn babies in abortions.

On Saturday, Breitbart reports abortion activists with the radical group Antifa organized a small counter-protest at the Chicago rally, wearing their signature black clothing and shouting at the crowd.

Journalist Andy Ngô identified the counter-protesters as Antifa and posted a video of them repeatedly shouting, “Shut the f— up!” at the pro-life advocates. One carried a sign that read, “Abort pro-lifers.”

“They say being pro-life is fascist,” Ngô wrote.

An independent journalist Brendan Gutenschwager said some of the counter-protesters are part of the Revolutionary Communist Party, an Antifa group. At one point during the march, Gutenschwager said Chicago Police separated the pro-abortion protesters from the pro-lifers as they marched across Dearborn Street.

The pro-life advocates maintained peace. Photos show people of all ages, including families with young children, participating, and many carried signs and banners with positive messages that celebrate the value of every human life. One large yellow banner shown in a Tribune photo read, “Life is beautiful” in large, bold letters next to the image of an ultrasound.

Counter-protests, hostility and violence from abortion activists have become increasingly common against pro-life activities. LifeNews.com has recorded reports of hundreds of incidents in the past several years, including bomb threats, assaults, death threats and vandalism.

January is Respect Life month, and pro-life rallies are being held all across the country to call for restored protections for babies in the womb. The national March for Life in Washington, D.C. is scheduled for Jan. 21.

Since Roe v. Wade in 1973, more than 63 million unborn babies and hundreds, perhaps thousands, of mothers have died in legal abortions. Pro-life advocates hope the U.S. Supreme Court will reverse its deadly decision and allow states to protect unborn babies from abortion again through a Mississippi case that it heard in December. A ruling is expected in June.