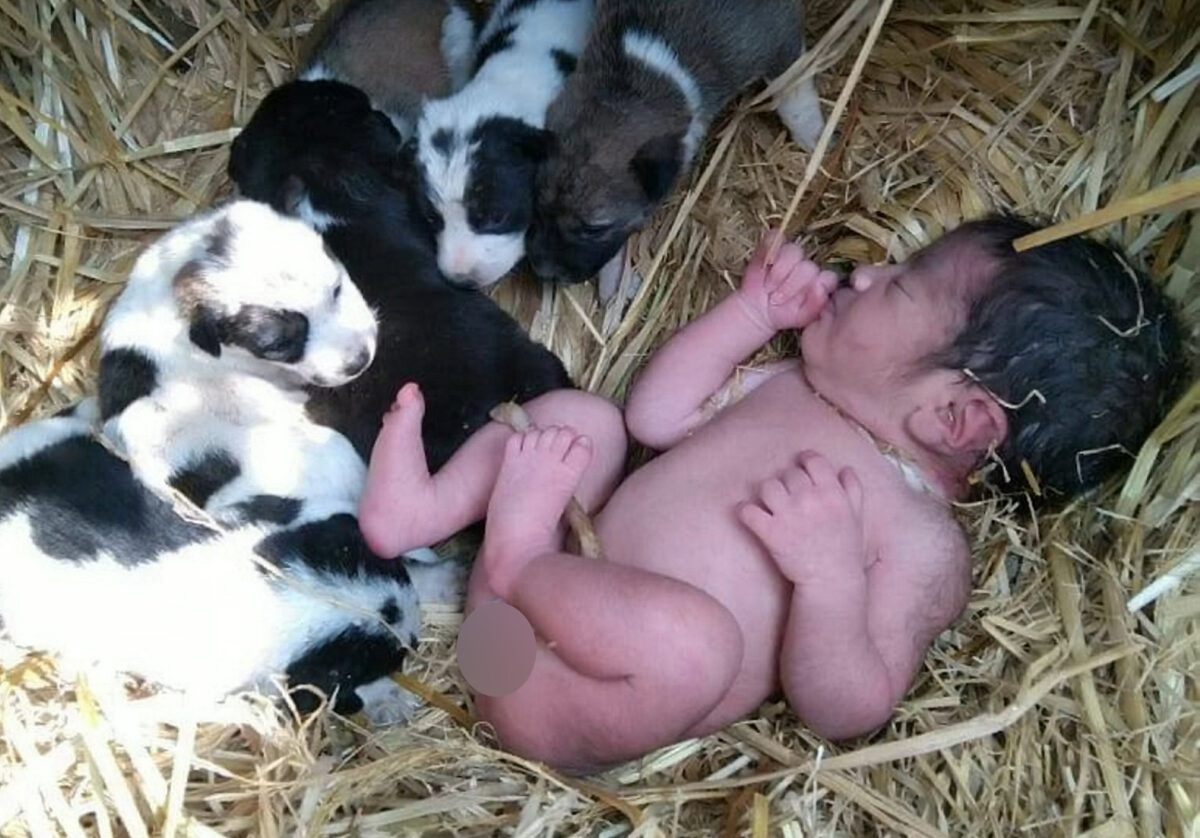 A dog and her puppies are being credited with helping to save a newborn who was abandoned in a field in India, possibly because she was a girl.

The Epoch Times reports local residents in Chattisgarh, India reported finding the infant while going out into the field to work in late December.

According to Chattisgarh Police, the newborn girl was naked and her umbilical cord was still attached. Local residents said the baby was surrounded by a dog and her litter of puppies, and they believe the animals kept the baby warm by snuggling up against her through the night, the Times reports.

Immediately after discovering the baby, police said the residents contacted local authorities who took her to the hospital. According to police, she appears to be healthy.

The girl child has been named Akanksha. An investigation is underway, and police are searching for her parents. Senior Indian Police Service officer of Chattisgarh Police Special Director-General RK Vij expressed his shock.

Resident Premnath said it was a “miracle” the baby had survived the night because stray dogs can be vicious.

He said: “They are not parents, they are criminals. It is a miracle only to find a newborn baby surviving when stray dogs are lurking every now and then at the dead of the night.”

It is quite possible that the baby was abandoned because she is a girl.

Sex-selection abortions and infanticide are a major problem in India because of a cultural preference for male children. Some mothers are pressured or forced into aborting their unborn babies because they are girls.

Experts estimate that approximately 46 million girls are missing from the population in India because they were aborted, the New York Post reported recently.