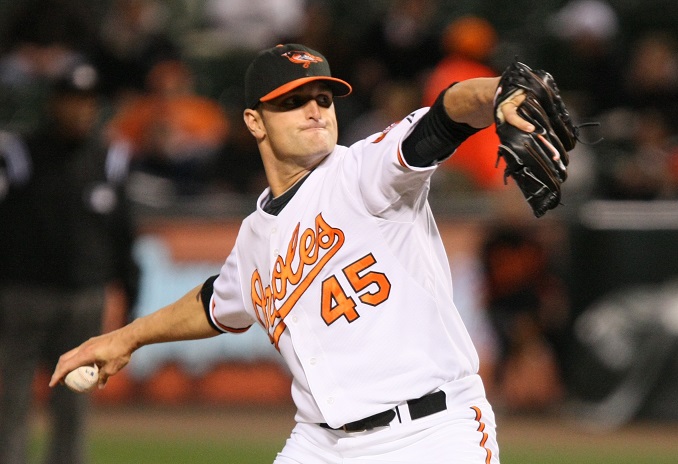 When former Major League Baseball pitcher Dennis Sarfate was injured in 2018, he felt God call him to work full time as an advocate for unborn babies’ rights.

Now, Sarfate leads Action for Life, an organization that works to completely abolish abortions across America.

In a new interview with the Daily Wire, Sarfate described how God transformed his life as a professional athlete and led him to his currently pro-life work.

Sarfate pitched for the Milwaukee Brewers, Houston Astros and Baltimore Orioles. Later, he moved to Japan and became a five-time Japan Series Champion; he was named MVP of the Japan World Series in 2017, according to the report.

“I grew up playing baseball my whole life…” he told the Daily Wire. “I was actually raised in a Catholic church — just dabbled in it every once in a while when I felt like I needed some kind of good luck. Even in the big leagues, I would go to chapel on Sundays, thinking that if I did that God would definitely bless me with a scoreless inning.”

In 2011, however, after moving to Japan, Sarfate said God changed his heart and saved him from sin.

Not long afterward, he said he became aware of the pro-life ministry Apologia Church in Arizona and Jeff Durbin of End Abortion Now. He and his family began serving with them to end the killing of unborn babies in abortions and share the gospel of Christ with people outside abortion facilities.

Then, in 2018, Sarfate suffered an injury and could not play. He said God led him to full-time work with Action for Life instead.

“Jeff came to me knowing that my career was coming to an end and said, ‘You want to save babies some more?’ And I said, ‘Of course.’ What he had for me was that we’re going to do legislation now,” he told the Daily Wire.

Action for Life works at both political and spiritual levels to end the killing of unborn babies in abortions. Sarfate said he believes true hope for mothers and their unborn babies only can be found through Jesus Christ.

“All of those women going to the abortion clinics to murder those babies are dealing with some sort of issue where they don’t have peace — they have no hope,” he said. “The gospel is for sinners. The gospel is for everyone. Through the gospel proclamation, we are saying that there is hope.”

He continued: “Apart from God … we try to suppress the truth. You have to always go back and say, ‘Is that a human life? If it is a human life, can we murder it? Are we allowed to play judge and advocate for God?’ And I would say no.”

Politically, Sarfate and Action for Life are trying to elect Christian candidates who will work to completely ban abortions, grant equal protections for unborn babies under the law and recognize that abortion is murder.

“Christians should be involved in politics. We should actually be the ones that own it and run it, because we have Christ-like integrity that we should honor and keep,” he said. “We have the moral foundation that we should hold as true and dear to us.”

“We’re not settling for a 6-week ban, a 15-week ban. We are going to abolish this,” Sarfate told the Daily Wire. “This is the only way that we can be justified before God — that we say we are trying to end it.”