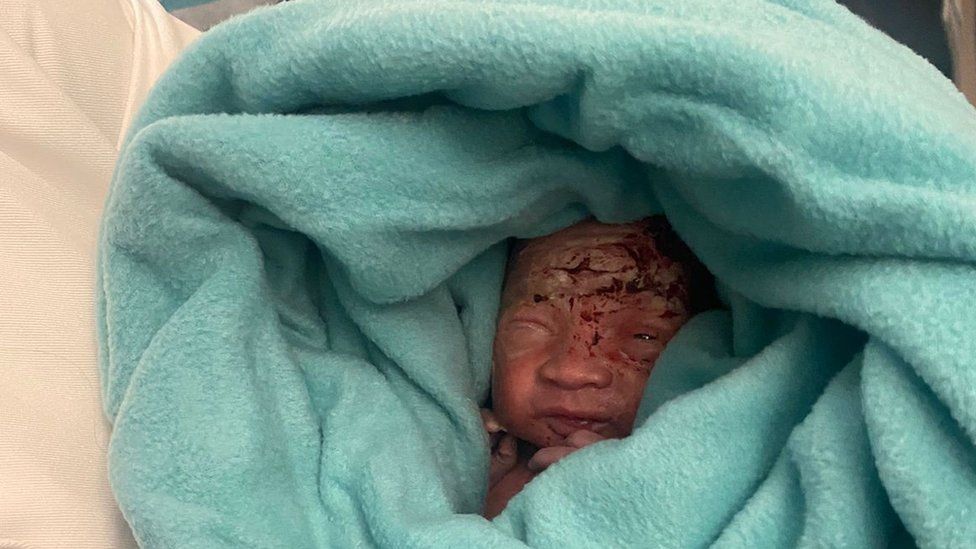 A newborn boy was found in the trash bin of an airplane’s bathroom, leading to the arrest of his alleged mother, BBC News reported.

Airport officers discovered the child while screening the Air Mauritius plane, which landed in Mauritius on Jan. 1, BBC News reported. They noticed blood-stained toilet paper during a routine customs check before finding the newborn, who was rushed to a public hospital to be treated.

A 20-year-old woman from Madagascar is believed to have given birth to the baby during the flight, and she was later taken into custody, BBC News reported. The woman initially denied being the boy’s mother, but a medical examination reportedly confirmed that she had just gone through labor.

The woman, who arrived in Mauritius on a two-year work program, was placed under police surveillance at the hospital, BBC News reported. She will be questioned after her release and charged with the abandonment of a newborn.

Airport police also questioned passengers of the flight, BBC News reported. Both the mother and the baby are believed to be in good health.

Another newborn infant was found in a cardboard box in Alaska on New Year’s Eve, state troopers announced. The child was found alive along with a note that said the parent was unable to take care of it.