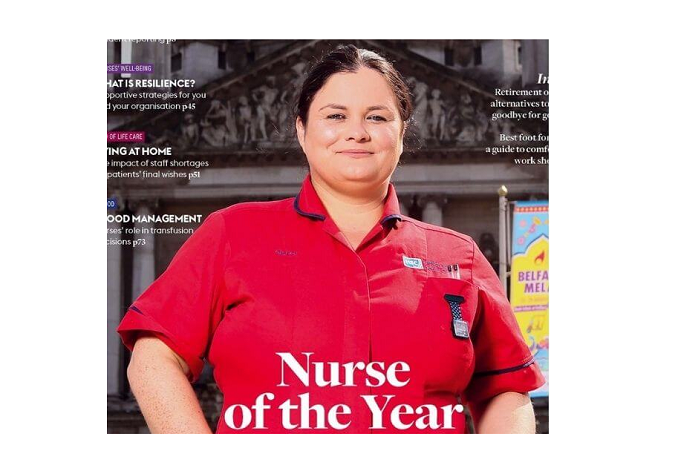 The Royal College of Nursing (RCN) has given its top award to a nurse who opened a new abortion clinic in Belfast.

“This is amazing for me, but also amazing for women’s sexual and reproductive healthcare in Northern Ireland”, said Ms Bailey, who works for Belfast Health and Social Care Trust.

After congratulating Ms Bailey, sexual health clinical lead Siobhan Kirk who had nominated her for the award said: “These services have revolutionised women’s healthcare in Northern Ireland and this award recognises Ms Bailey’s role in that.

At the awards, RCN General Secretary and Chief Executive, Pat Cullen, also congratulated Ms Bailey. Commenting on the role of nurses she said: “You advocate for those who cannot find their voice, for whatever reason. You build a protective barrier around those often at their most vulnerable”.

Earlier this year, Britain’s largest private abortion provider, the British Pregnancy Advisory Service (BPAS), was awarded the ‘Women’s Health’ award for their role in the promotion and administration of their ‘DIY’ home abortion scheme at the British Medical Journal annual awards ceremony.

Currently, abortion is not fully commissioned across Northern Ireland. This means that in some areas it might not be available at all. The Government in Westminster has decided to ignore the fact that abortion is a devolved issue in Northern Ireland, and force the region to make abortion fully available by 2022.

Right To Life UK spokesperson, Catherine Robinson, said: “The RCN and BMJ are revealing the worrying direction this country’s medical unions are headed in. That abortion remains legal in this country is tragic, but the fact that medical bodies are now championing this practice – the ending of human lives – instead of practices geared towards the saving or aiding of human life is truly horrific”.