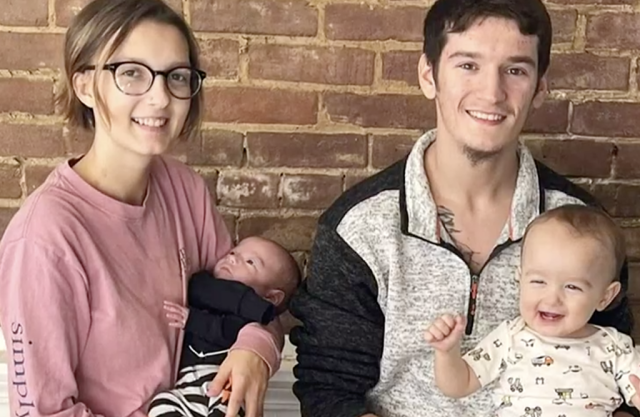 In the midst of tragedy, a glimmer of hope always shines through the seemingly insurmountable odds.

Such was the case earlier this month when two Kentucky babies survived a deadly tornado inside a bathtub that the storm lifted out of their grandmother’s house.

The Associated Press highlighted the miraculous survival of 15-month-old Kaden and 3-month-old Dallas at their grandmother Clara Lutz’s home in Hopkins County.

Lutz told WFIE-TV that she was babysitting her grandchildren Friday, Dec. 10 when she learned that the tornado was headed right toward them.

Just before the storm hit, she said she put Kaden and Dallas in the bathtub, all the while praying for their safety. With them, she said she placed a Bible and blankets and pillows to protect them.

“All I could say was, ‘Lord please bring my babies back safely. Please, I beg thee,’” she remembered. “Next thing I knew, the tub had lifted and it was out of my hands. I couldn’t hold on. I just – oh my God.”

Lutz was hit in the head by a water tank in the bathroom and her home was completely destroyed in the tornado, according to the report.

It was dark outside, and Lutz said she feared the worst, that her grandsons had been carried off into the storm and were dead, but she tried to look for them anyway. She told the local news that she kept praying and begging God that her grandchildren were safe.

Then, sheriff’s deputies arrived and found the babies underneath the bathtub that had been flipped upside-down in the yard, according to the report.

Lutz said her youngest grandson had a huge bump on his head and suffered bleeding on the brain; he was taken to the local hospital, but the bleeding stopped before he even arrived.

At least 40 tornadoes ripped through Kentucky that same day, killing approximately 90 people and causing millions of dollars worth of damage, according to the report.

Like hundreds of others, Lutz lost her home. But she told the local news that she does not care about the stuff because God answered her prayers and kept her grandsons safe.