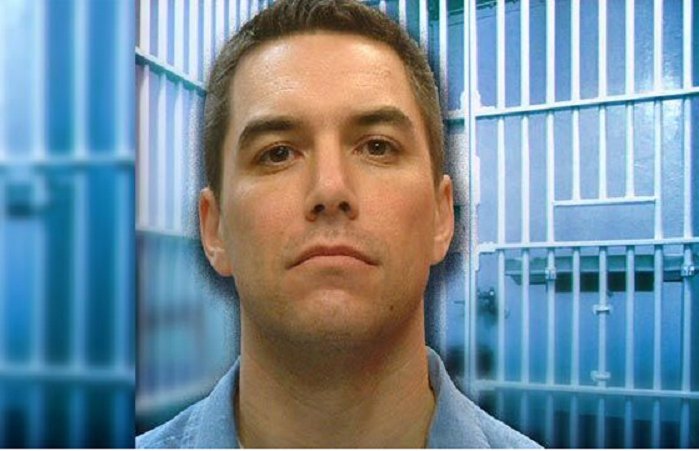 California has overturned the death penalty for Scott Peterson, who was convicted of killing his wife Laci Peterson and their unborn son Conner, and re-senteced him to life in prison.

In 2005, Scott Peterson was sentenced to death for the murder of his eight-months-pregnant wife and little unborn baby boy.

Now, nearly 17 years after getting the death penalty sentence, Peterson has been resentenced to life in prison without the possibility of parole for the 2002 murders.

The California Supreme Court ruled a year ago that his jury was improperly screened for bias against the death penalty. Stanislaus County District Attorney Birgit Fladager agreed to settle for life without parole.

Laci’s and her unborn son Conner’s remains were discovered on a San Francisco Bay beach in April 2003. Both were identified through DNA.

The day Laci and Conner’s remains were identified, police arrested Scott with nearly $15,000 in cash, foreign currency, two drivers’ licenses, a family member’s credit card, camping gear and multiple cellphones, according to court records. Peterson reportedly had extramarital affairs with multiple women including Amber Frey, who contacted police after she learned that Peterson was at the center of his wife’s disappearance and said Peterson had told her he was unmarried.

In 2004, a jury convicted Peterson of first-degree murder in the death of Laci and second-degree murder in Conner’s death. The jury also returned a verdict of death in the sentencing phase.

The trial had been moved to San Mateo County because so many people in Stanislaus County, where the Petersons lived, were familiar with the case. But on appeal, Peterson argued he didn’t get a fair trial in San Mateo either due to the publicity surrounding the case.

“You are going to burn in hell for this,” Laci’s father, Dennis Rocha, who died in 2018, yelled at Peterson during his first sentencing. “Your life is done.”

In its 103-page opinion published Monday, the California Supreme Court rejected that argument. However, the justices found the trial court made “significant errors in jury selection.”

“While a court may dismiss a prospective juror as unqualified to sit on a capital case if the juror’s views on capital punishment would substantially impair his or her ability to follow the law, a juror may not be dismissed merely because he or she has expressed opposition to the death penalty as a general matter,” Associate Justice Leondra R. Kruger wrote for the unanimous court.

Many prospective jurors were “erroneously dismissed” because of their answers on a written questionnaire in their opposition to the death penalty, even if they did not indicate whether their views would prevent them from following the law, Kruger found.

In 2004 President George Bush signed the Unborn Victims of Violence Bill, which provides greater protection and justice for pregnant women and their unborn children who are attacked or killed outside the context of abortion.