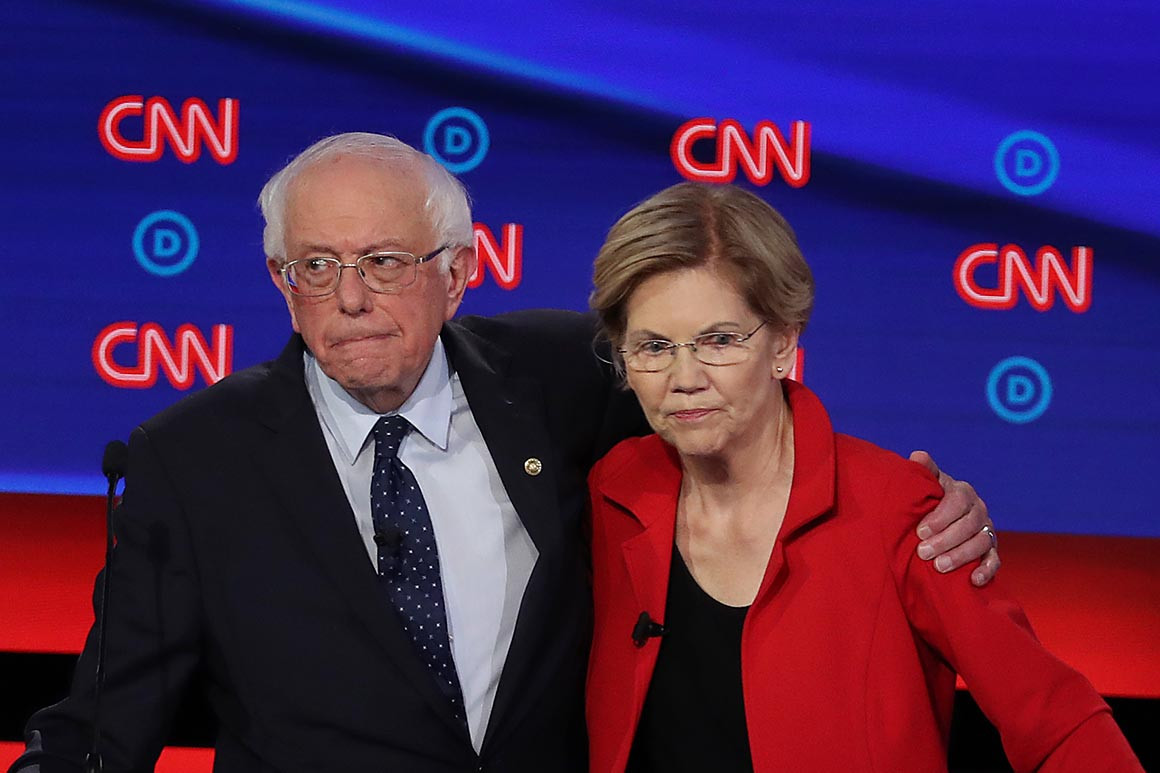 Senators Bernie Sanders and Elizabeth Warren are demanding that the U.S. Senate end the filibuster so Democrats can force states to legalize the killing of unborn babies in abortions up to birth.

Without Roe, states would be allowed to protect unborn babies from abortion again – something they have been prohibited from doing for nearly 50 years. On Dec. 1, the Supreme Court heard a major abortion case out of Mississippi that many believe could bring about an end to the infamous 1973 ruling.

This has the billion-dollar abortion industry and its political allies very worried.

In an email to supporters Saturday, Sanders said overturning Roe is “not acceptable,” according to the report.

“We cannot sit back and allow this Supreme Court to put in jeopardy the privacy rights of all Americans and a woman’s right to control her own body,” the Vermont senator continued. “So Congress must act. We must pass legislation that codifies Roe v. Wade as the law of the land in this country. And if there aren’t 60 votes to do it, and there are not, we must reform the filibuster to pass it with 50 votes.”

More aptly named the Abortion Without Limits Up to Birth Act, according to pro-life leaders, the bill would erase basically all pro-life state laws and force states to legalize the killing of unborn babies in abortions up to birth. Limits on late-term abortions and bans on sex-selection abortions would be gone, and taxpayers would be forced to pay for abortions. Laws that protect women and girls would be eliminated, too, including parental consent for minors and informed consent laws that ensure mothers receive basic facts about their unborn baby’s development before going through with an abortion.

In an interview with MSNBC last week, Warren said the filibuster is the main obstacle preventing the pro-abortion bill from becoming law, according to Salon.

“We’ve gotten it through the House,” the Massachusetts Democrat said. “I believe we could pass it in the Senate, but we can’t get 60 votes to get past a filibuster. This is one more time when we see the filibuster blocking the will of the majority. You know, anything that enjoys support across this nation at the level of 70 percent to 80 percent is something we ought to be able to bring to the floor of the United States Senate and vote on it.”

But Warren is wrong about public opinion. The legislation is too extreme for most Americans, including many Democrat voters. Polls consistently show strong public opposition to late-term abortions and taxpayer-funded abortions. A recent AP-NORC Center for Public Affairs Research poll found that 65 percent of Americans think most or all abortions should be illegal in the second-trimester and 80 percent think most or all should be illegal in the third trimester.

Warren admitted that the bill would force the entire country to become like California and New York where abortions are allowed for basically any reason up to birth. She said the Women’s Health Protection Act would enshrine into federal law that “the decision to continue a pregnancy is a woman’s decision” alone.

But the filibuster is stopping the legislation, and Warren wants it gone.

“One by one, the Republican-appointed justices came before the Senate and promised they’d respect precedent. They’d respect settled law. Well, Roe v. Wade has been law for nearly 50 years. So let’s see that respect. But we can’t wait—we must #EndTheFilibuster so we can codify Roe,” she wrote on Twitter last week.

The U.S. Senate is split down the middle along party lines; Vice President Kamala Harris, a pro-abortion Democrat, has the power to break ties. Though abortion has become more of a party-line issue in recent years, Democrat Sen. Joe Manchin of West Virginia often votes pro-life and Republican Sens. Susan Collins of Maine and Lisa Murkowski of Alaska often vote pro-abortion.

For decades, the abortion industry has relied on the U.S. Supreme Court to keep its deadly practices in business. Roe v. Wade forces states to legalize abortion on demand up to viability and allows abortions without limits up to birth. In the nearly five decades since Roe, about 63 million unborn babies have been killed in legal abortions.

If the high court overturns Roe, as pro-life advocates hope it will with the Mississippi case Dobbs v. Jackson Women’s Health, the authority to protect unborn babies from abortion or keep abortions legal would return to the states. Experts estimate anywhere from a dozen to two dozen states would protect unborn babies by banning abortion immediately if Roe goes. As a result, hundreds of thousands of babies could be spared from violent abortion deaths every year across America.