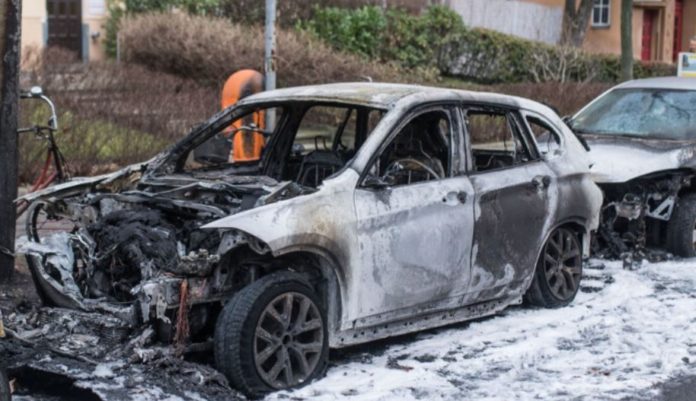 Hate crimes against pro-life Christians across Europe increased in 2020, especially in Poland as the country took action to protect unborn babies from abortions, according to a new report.

Catholic News Agency noted the huge uptick in vandalisms, arsons, assaults, threats and other crimes against Christians based on new data from the Organization for Security and Cooperation in Europe (OSCE).

Poland, one of the few countries in Europe that still protects unborn babies from abortion, was the hardest hit in 2020. It reported 241 incidents, many of which directly targeted pro-life Christians and Catholic Churches, the report states.

In one incident, “a man was hit with a mobile phone and threatened with a knife at a cathedral by two women during a religious ceremony. This was one in a series of incidents targeting the Catholic church due to its stance on abortion,” according to OSCE.

In another case, a Catholic priest was stabbed several times in the stomach in October, and a third involved pro-life Catholics gathered at a monument of Pope John Paul II who were attacked with metal bars, according to OSCE.

Women’s rights activists vandalized a monument to unborn children at night with black paint in a Polish Catholic cemetery in October 2020.

Abortion activists also vandalized a cross at a cemetery commemorating victims of Nazism in the same month, according to the report.

People praying in front of a Catholic cathedral were assaulted by women’s rights activists, who threw bottles, stones, and firecrackers, injuring several worshippers.

The hate crimes occurred during a heated abortion debate in Poland. In October 2020, its Constitutional Court struck down one of the few exceptions allowed in its 1993 abortion law: abortions on unborn babies with disabilities. The justices ruled that the exception violates the constitution because it discriminates against human beings with disabilities. Poland now only allows abortions in cases of rape, incest and threats to the mother’s life.

In response to the ruling, abortion activists held massive protests across the country. Pro-abortion rioters vandalized buildings, disrupted church services, harassed Catholic Church leaders and blocked streets in major cities. Nearly 100 people were arrested during the first week of protests alone, according to an AP report at the time.

Christians in other European countries were victims of hate crimes as well. Arson attacks on Catholic churches were reported in France, Germany, Italy and Spain, and four churches and a monastery in Spain were vandalized on International Women’s Day, a day abortion activists use to call for legalized abortion on demand, CNA reported.

LifeNews.com also has been keeping track of attacks on pro-life advocates in recent years.