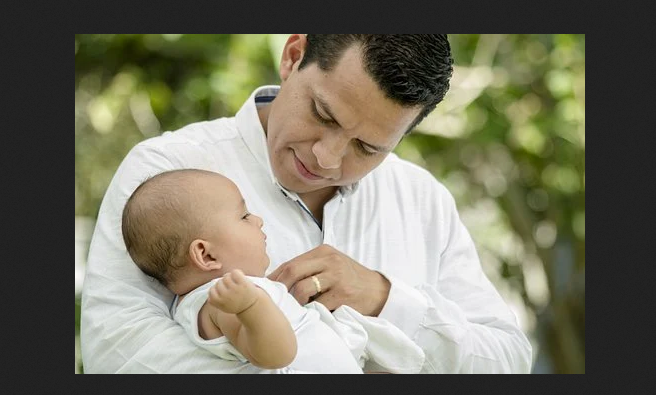 Hundreds of men gathered Monday in Baltimore to encourage fathers to defend the lives of their unborn babies.

The rally, hosted by the National Men’s March to End Abortion, served as a reminder that abortion affects whole families: mothers and fathers and their unborn children, according to the Catholic News Service.

Carl Krauthauser traveled from his home in Wilmington, Delaware to encourage more men to stand for life. He became emotional when he talked with the Baltimore Catholic Review about how men legally have no right to protect their unborn babies from abortion.

“That’s heartbreaking,” Krauthauser said. “So every time I get a chance to say, ‘No, we need to stop that,’ I will.”

He also urged men to step up and be responsible fathers.

“It takes two to make a baby,” he said. “Men bear as much responsibility as women. It’s not the woman’s problem. It’s our problem.”

Some fathers brought their children to the rally, including Gabriel Vance with his three young sons.

Pushing a stroller and transporting one of his sons in a carrier hanging from his shoulders, Vance said he wanted to show his sons how to be men who stand for Christ and work to end abortion. He believes the marchers can have an impact just by their presence.

“What we’re doing is planting seeds,” said Vance, founder of a pro-life missionary outreach in Columbus, Ohio, called Catholics for Life. “That’s going to have a greater impact on people than we can probably imagine.”

The rally included prayer outside a Planned Parenthood abortion facility in downtown Baltimore, and a 1.6 mile march to the Baltimore Renaissance Hotel for more prayer as the U.S. Conference of Catholic Bishops meet this week to discuss a document about worthiness to receive Communion, according to the report.

Too often, abortion is portrayed as a women’s issue, which leaves men, children and whole families out of the picture. As a result, many fathers feel like they must be silent because aborting an unborn baby is a woman’s “choice.” But abortion regret affects them, too.

Pro-life advocates encourage men to be responsible fathers, to support their babies and the mothers of their babies and to take a stand for their babies’ lives. And when an abortion has occurred, pro-lifers are there to help men and women grieve and heal from the pain and loss of their child’s death.