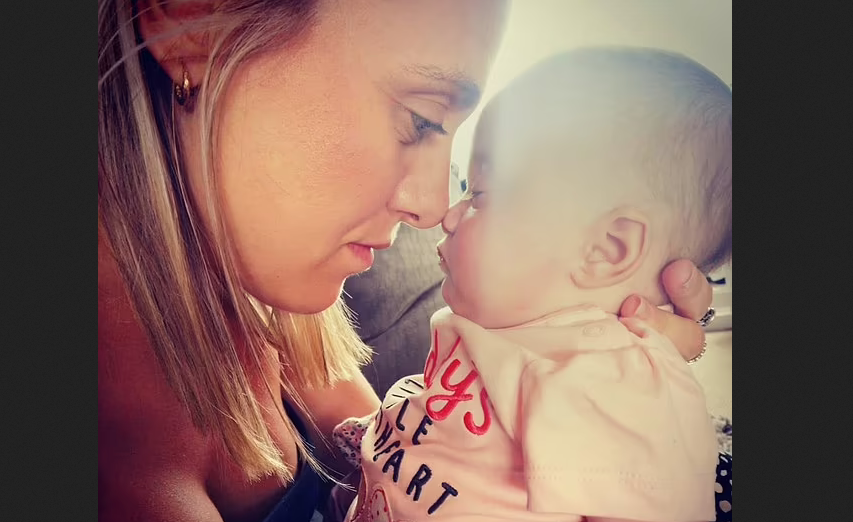 A girl whose mother was offered an abortion after being told she had a spinal condition has defied the odds by being able to run, walk and climb.

20 weeks into her pregnancy, mum Bethan Simpson was told her child would be born with spina bifida and was offered a termination.

Spina bifida is a condition that occurs when a baby’s spine and spinal cord does not develop properly in the womb, causing a gap in the spine.

Spina bifida affects about 1,500 – 2,000 babies born in the US each year and around 700 in the UK annually. Often part of the spinal cord is exposed and is prevented from developing properly. It can lead to paralysis, bowel, bladder, and kidney problems. But if surgeons can operate at between 22 and 26 weeks of pregnancy, instead of after birth, it means a much better outcome for the baby.

Her mother Bethan, a ward manager, said: ‘When I was 20 weeks pregnant, doctors performed a scan which confirmed she had a small defect low down on her spine and I was offered a medical termination there and then”.

“That was never an option for us and something we never considered; we were told a lot of people choose to terminate because babies often won’t have function of their legs and can’t walk or talk”.

After refusing an abortion in January 2019, Bethan and husband Kieran decided to opt for a pioneering new surgery that had just been approved in the UK, which involved operating on their daughter in the womb.

She explained, “I went to the Great Ormond Street Hospital and University College London Hospital where I had a second opinion and that’s when I was told about this new procedure that was being trialled”.

“I was 25 weeks pregnant when they did the operation; the surgery was to correct the defect in terms of closing it and ensuring there was no more damage to her spine to improve her outcomes”.

“If we hadn’t done it, her nerve damage could have been significant and she could have had brain damage”.

“We were only the fourth one in the UK but I’m quite a positive person and I trusted them – now there’s a lot more of these procedures happening which makes me even more happy we went ahead with it”.

Earlier this year, baby Mila received the surgery at 23 weeks gestation. Like Bethan, her mother Helena also refused an abortion, and was referred to a specialist hospital in Belgium, which works in partnership with the NHS, where she had the surgery.

Bethan added: “Eloise is now walking fine without any intervention”.

“She doesn’t need any physiotherapy; she can run, jump, spin, climb a flight of stairs, climb tables, use her climbing frame and she’s very sporty”.

“We can’t believe how well she’s doing given her prognosis; we could never have imagined that she would be how she is now”.

Bethan and Kieran are now hoping to raise awareness about spina bifida and the outcomes children with the condition can have.

Bethan went on: “It’s not a death sentence and I don’t think termination should be the first point of call”.

“Even if she didn’t have the surgery, I know she still would have had a good quality of life”.

“She may have still walked but needed to use splints but why do we judge that?”

“People need to know it’s not the end of the world and there are other options to look at before opting for a termination”.

Babies at 22-26 weeks in the womb can receive surgery to repair spina bifida. These babies receive painkillers before they undergo the operation. However, babies at the same gestation who are undergoing an abortion do not receive painkillers. In 2019, Sir Edward Leigh MP asked the Health Secretary if babies being aborted would receive pain relief in light of this contradiction. The Department of Health answered that these babies would not.

Two years later, babies being aborted still do not receive any pain relief.

A spokesperson for Right To Life UK, Catherine Robinson said: “Bethan is absolutely correct to emphasise that babies with spina bifida can have a good quality  of life. Her daughter is proof of this. It is indeed unwise and unfair to immediately resort to terminating a pregnancy because the child may be born with a disability”.

“It is a grave injustice that babies undergoing surgery for spina bifida receive painkillers but babies being aborted at the same gestation do not. This contradiction is a direct consequence of an abortion ideology that dehumanises the child in the womb”.

“At the same time, through this amazing surgery, the humanity of the child is more evident than ever. But were the Department of Health and Social Care to admit the obvious, it might lead to the collapse of the whole abortion ideology”. 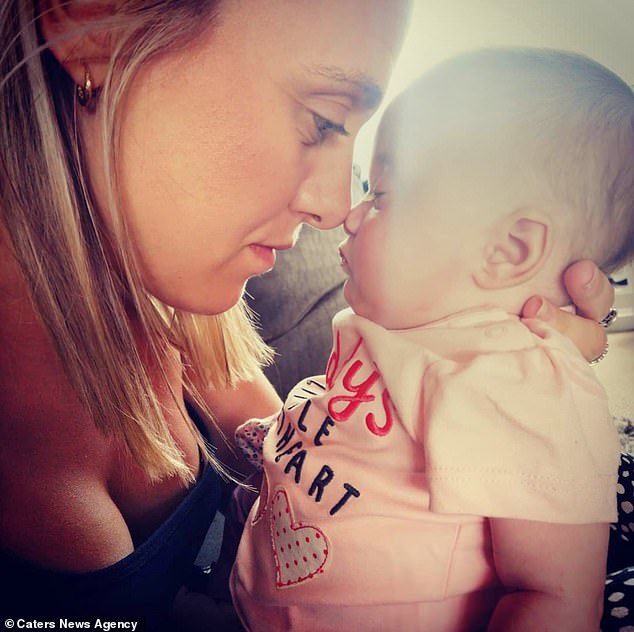