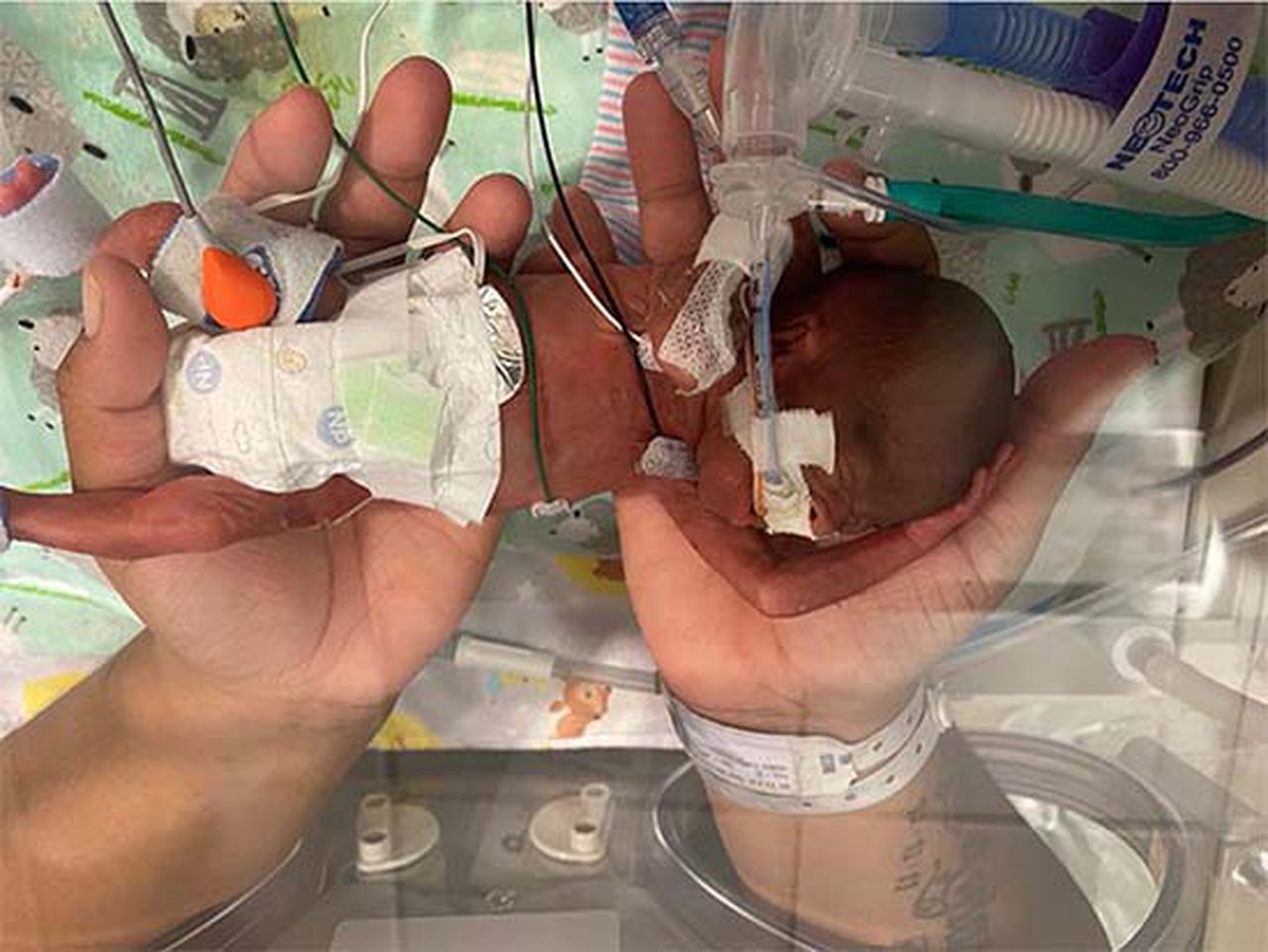 An Alabama boy born at 21 weeks’ gestation was recognized by Guinness World Records Wednesday as the world’s most premature baby to survive.

Curtis Means weighed 14.8 ounces – less than one pound—when he was born in Birmingham, Alabama on July 2020, the Associated Press reported. Curtis’ twin sister, C’Asya, died the day after her birth.

“The numbers say that babies at this age will not survive. Mum’s question to me was: ‘Can we give my babies a chance?,’” Dr. Brian Sims, the neonatologist overseeing the delivery said, according to Guinness.

Curtis, now over a year old, is healthy, AP reported. “He’s very active. I’m tired already!” his mother, Michelle Butler told Guinness. Butler said she is grateful that she gets to raise him and his three siblings.

Curtis Means weighed less than a pound at birth after his mother went into labor at only 21 weeks and 1 day of gestation. Kids born that young have virtually have no chance at survival

Today, he was certified as the world’s most premature baby to survive https://t.co/PFdEraoxBq

The previous record for most premature surviving baby was made only a month before Curtis was born, by James Gill in Ottawa, Ontario, according to Guinness. James, born at 21 weeks and five days, is also now a healthy one-year-old.

Babies born this prematurely are typically placed on “compassionate care,” allowing parents to spend what little time they have with their babies, according to AP. Most babies are born around 40 weeks’ gestation.

Babies are generally considered viable at 24 weeks, at which point the chance of survival is 60-70%, according to the University of Utah.

All abortions in the first 13 weeks of pregnancy are legal in the U.S., and states can regulate but not outlaw abortion in the first 26 weeks under Roe v. Wade. The Supreme Court will hear oral arguments Dec. 1 in Dobbs v. Jackson Women’s Health, a case which directly challenges Roe v. Wade.