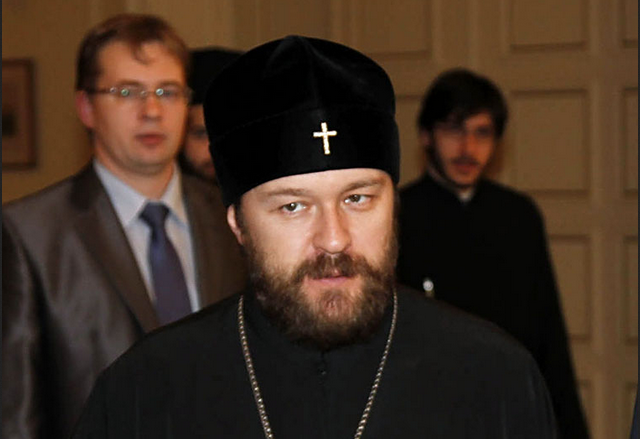 Joe Biden should stop calling himself a Catholic if he continues to “violate Christian morality” by promoting abortions, a Russian Orthodox bishop said this week.

Breitbart reports Bishop Hilarion Alfeyev, who chairs the Department of External Church Relations for the Russian Orthodox Church, responded to journalists’ questions about abortion and the United States president after Biden visited Pope Francis at the Vatican last week.

The U.S. president “cannot call himself a Catholic and at the same time violate and call for violation of the fundamental norms of Christian morality,” Hilarion said. “When they talk about the Catholic Biden, I always want to ask the question: What, in fact, is Biden’s Catholicism? The Catholic Church is against abortion, and Mr. Biden is for it.”

Though Biden claims to be a devout Catholic, he is advancing the most radical pro-abortion agenda of any U.S. president in history, including plans to force taxpayers to pay for elective abortions all across the world.

Hilarion said the Orthodox Church and Roman Catholic Church oppose abortion and support laws like the Texas heartbeat law that protect the rights of unborn babies, according to the report. The Biden administration is fighting in court to block the Texas law, which already has saved thousands of babies’ lives.

“According to liberal norms, the life of an unborn baby is worthless and does not need protection, the most important thing is to respect the rights of women,” the bishop said.

Later, he continued, “They defend all sorts of rights, for example, the right of a homosexual couple to adopt a child, the right of parents to have sex reassignment surgery on their minor child — all these are considered human rights, and the fundamental human right to birth and life is rejected.”

In contrast, Hilarion said Christians across the world are working to protect unborn babies and calling out abortion for what it really is: “murder.”

“The Catholic Church in the West, including the United States, the Orthodox Church and many Protestants stand up to protect unborn babies, saying that abortion is murder, and everyone, including those who have not yet been born, has a fundamental right — the right to life,” he said.

Many Catholic bishops and other Christian leaders have expressed concerns that Biden’s claims about being a devout Catholic coupled with his radical abortion advocacy are misleading Catholics and creating scandal for the faith. They have said the church must do something to make it clear that Catholics cannot support the grave moral evil of abortion and must repent before participating in Communion.

Last week, Biden said Pope Francis told him he was a “good Catholic” and he should “keep receiving Communion”; however, the Vatican has not confirmed those remarks. Many hoped Pope Francis would rebuke Biden for his radical pro-abortion actions and urge him to repent before participating in the sacrament, but Biden said they did not discuss the matter.

Biden openly defies church teachings about the sanctity of human life. After just 100 days in office, he surpassed President Barack Obama as the most pro-abortion president in U.S. history, including allowing mail-order abortions and trying to force taxpayers to fund abortions.

His administration also is fighting to overturn a pro-life Texas law that has saved thousands of unborn babies from abortion in the past two months alone. And it dropped a lawsuit defending a pro-life nurse from Vermont who was forced to participate in an abortion.