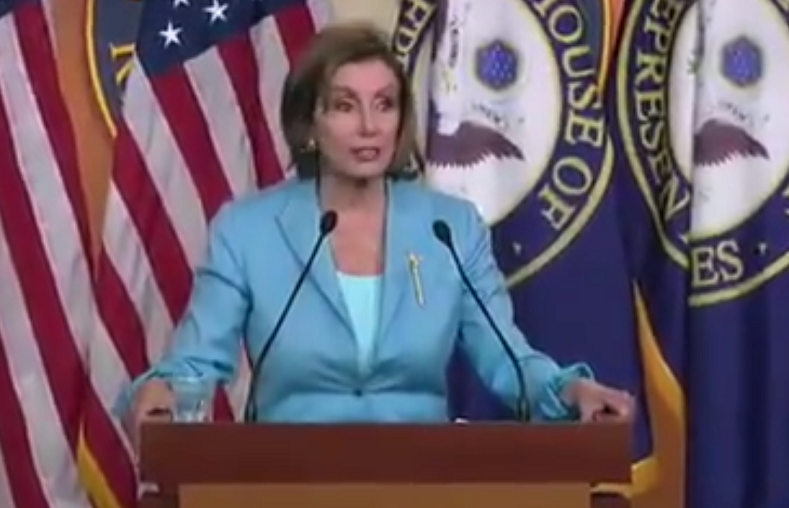 The number of people who are praying for House Speaker Nancy Pelosi to have a conversion of heart on abortion keeps growing.

Catholic News Service reports more than 12,000 people have joined the “Rose and Rosary for Nancy” campaign since it began in September. It is a project of San Francisco Archbishop Salvatore Cordileone and the Benedict XVI Institute.

“This is a critical time in our country when we especially need to pray for our political leaders as we see our country moving more and more in the direction of the culture of death,” Cordileone responded in a YouTube video about the prayer campaign.

He urged Catholics to commit to pray and fast for Pelosi so that she will recognize the evil of abortion and value of all human life.

Along with the prayers and fasting, the campaign also sends roses to Pelosi as a symbol of those prayers. According to CNS, “The rose is a symbol of St. Therese of Lisieux, the ‘Little Flower,’ and of Mary, the ‘mystical rose.’”

“At this particular moment in the history of our nation, we need more than ever the intercession of our Blessed Mother, St. Therese and all other saints who have shown us the path to life,” Cordileone said.

The Benedict XVI Institute also plans to spend $50,000 on national advertisements to encourage pro-abortion politicians to have a change of heart on abortion, according to the report.

Cordileone and Pelosi repeatedly have sparred about abortion, especially in recent months as the House passed the pro-abortion “Women’s Health Protection Act.”

The archbishop slammed the bill as “child sacrifice,” saying it is what “one would expect from a devout Satanist, not a devout Catholic.” But Pelosi defended the bill and laughed when asked about the archbishop’s comments during a press conference.

She supports the killing of unborn babies in abortions for basically any reason up to birth and wants to force taxpayers to pay for their deaths. Once, she even called late-term abortions “sacred ground.”

Maggie Gallagher, executive director of the Benedict XVI Institute, said the response to their prayer campaign has been overwhelming. She thanked the archbishop for setting a good example by promoting charity in response to evil.

“The really hard teachings of Jesus are not really about chastity but about charity: Do good to those who do you wrong, or who do wrong to others – no matter what stage or condition of life they may be in,” she said. “We hope the Blessed Mother will touch her maternal heart, as the Archbishop has put it so beautifully, and extend her compassion and respect for the equal dignity of all people to children in the womb.”